Why an Operating Agreement is Critical

Questions about why an operating agreement is critical in your state? Check out this video and call our office for a free consultation.

Do I need an operating agreement? 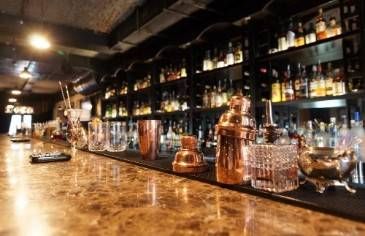 As a matter of law, virtually every state that has corporations or limited liability companies has a set of default rules that, if you don’t have one of these documents, these are the rules that everybody has to follow. The problem with those default rules is that it may not meet anybody’s expectations on either side, any of the shareholders, any of the members of the LLC, so it’s really important that you take the time to have an operating agreement.

What’s so important about an operating agreement is that it allows you to set expectations up front. It deals with the five core issues that every corporation, every business entity, and the owners have to be thinking about, including the division of equity. Many people think about that. They’re like, “Hey, you’re going to be a third, I’m going to be a third, and Bill over here is going to be a third,” but equity division can operate differently. There are different ways of dividing things. Sometimes, people are going to do more or less inside of a company, and maybe a year or two years down the line someone could be bought out. You really want to be talking about things like equity division, and that’s usually discussed inside of an operating agreement.

If there’s ever an issue, you pull out the trustee operating agreement and you go, “Do you remember, on December 12, when we talked about this? We discussed this issue and that decision-making would be done like this,” or “The equity division would be done like this.” The operating agreement discusses this, and, if there’s ever any conflict, courts usually resolve the issue with what the operating agreement says. Even if there is a dispute that ultimately arises, and for some reason someone’s interpreting things one way or somebody’s interpreting things another way, courts are going to usually resolve it by way of the operating agreement or a shareholder agreement. As such, it is critical that you guys have one whenever you’re forming a business, whether it’s an LLC or, in the form of a corporation, a shareholder agreement.

If you have any other questions or want more information about this, you’re welcome to contact us at Callagy Law.

Are you a business owner in New Jersey and have questions why an operating agreement is critical? Contact our experienced New Jersey business litigation lawyers at Callagy Law today for a free consultation and case evaluation.