What Is The Discovery Process In A Lawsuit?

Watch this video about the discovery process in a lawsuit in New Jersey. Then call Callagy Law for a free legal consultation.

What is the discovery process in a lawsuit? 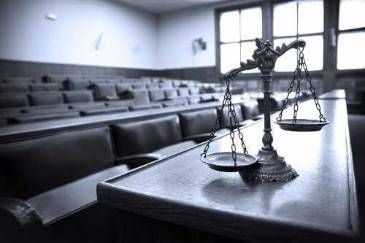 One of the questions I get asked most often from my current clients is at what part of a lawsuit, or what stage in a litigation, do we get to find out information from the other side about the dispute going on? That process, or part of the process, in a lawsuit is called a discovery process. Discovery usually happens after you have filed the complaint and the other side has answered. While there are a whole bunch of tools that are very useful to a litigant in a lawsuit, there are three discovery tools, which are used most often, and are very productive. Those three discovery tools are interrogatories, request for notice for production of documents, and depositions.

Imagine if you are in a personal injury lawsuit because you got rear-ended when you were driving around your car in town. You came up to a stoplight, and you saw a young teenager driving behind you. He was on his phone. He crashed directly into your car. You can use interrogatories, which are really just written questions. You can send them to that teenager, who is now the defendant in the lawsuit, to say were you traveling southbound at 4:05 on Maine Avenue in Paramus, New Jersey at this time? He’ll have to answer yes, I was, or no I wasn’t. Written questions are interrogatories.

You can also request documents in the forms of notice for production of documents, which is also another useful discovery tool. Let’s say he didn’t – the person who hit you with his car didn’t respond to the interrogatory in the way that you would like. you can always request documents, such as phone call records or texting records, which will also support your theory of liability that the teenager was behind you. He was traveling fast in his car and rear-ended you.

Another useful tool, perhaps the most useful tool in all of discovery is depositions. A deposition is a one-on-one format where you get to ask the defendant or a witness in the case just questions. Let’s say the teenager hit you with his car, didn’t answer interrogatories, or didn’t produce any documents, you could always depose his mother, or his girlfriend, or people that you believe he was on the phone with. You can sit that person down and say, hey, at 4:05, did that teenager text or call you during that time? You can of course use that person’s answer to support your case. Let’s say you were deposing that teenager’s mother. She would say, yes, he was calling me at 4:05, and we were discussing when he was coming home for dinner because we wanted to know if we needed to pick up additional food.

Interrogatories, notice for the production of documents, and depositions are all useful tools that you could use in the discovery process to find the information that will support your case. Feel free to like us or share the links about Callagy Law on Facebook and Instagram. Always feel free to call us at 201-261-1700.

Have you or a loved one been injured because of someone else and have questions about the discovery process in a lawsuit? Contact our experienced Personal Injury attorneys today for a free consultation and case evaluation.