Watch this video about the two ways to appeal arbitration case decisions in New Jersey. Then call Callagy Law for a free legal consultation.

What are some ways to appeal arbitration case decisions? 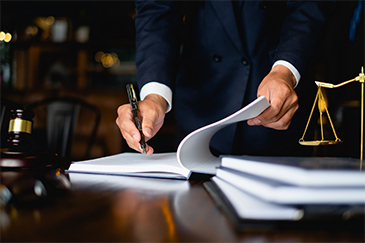 Today, let’s discuss appeals and when providers can and should be appealing arbitration decisions. It’s one of the biggest questions that I get whenever there’s a frustrating denial, loss, or award that seems a lot smaller than it should have been. Aren’t they all frustrating losses?

There are really two ways of going about appeals in arbitrations. The first one is called a modification clarification. It’s Forthright rule 24. Basically, what you’re looking for is there are three grounds. There’s a typographical or clerical or math-type error. There’s the DRP clarifying something, which doesn’t end up in the result of the award being changed, but they hopefully will give you some more information about why they made the decision they made.

The third one and probably the most fertile ground for doing a modification clarification is the DRP addressing something that was raised either at the hearing or on the papers that they did not address in the award. Sometimes it’s a separate issue entirely, usually a smaller one. Sometimes it’s something specific like a positive MRI or a positive ENG in a medical necessity case and you’re confused because you thought that was the crux of your case. You may be wondering why they didn’t address that. That’s one where you can do a mod clarification.

In terms of appeal, you can either go within Forthright to a three DRP panel or you can file an order to show cause and take it right to Superior Court. There are different advantages to each. You kind of have to weight it based on a particular case and the particular circumstances. That’s the kind of thing where, if you have a case and you’re thinking about appealing, I would say give us a call.

We can talk about that particular case. There are tight timeframes, so definitely don’t wait if you have a case that you recently got that you’re not happy with the decision on. Give us a call today because we’re talking about sometimes less than a 30-day window.

Finally, there’s the appellate division that you can apply to go up to, but it’s no longer an appeal of right. They have to decide to accept it. It’s usually something like a public policy grounds where they decide whether or not they would want to take it.

Are you trying to get paid by your insurance company and have questions about the two ways to appeal arbitration case decisions? Contact an experienced insurance claims attorney at Callagy Law today for a free consultation and case evaluation.