Time Limits To File A Will Dispute in NJ

Watch this video about the time limits to file a will dispute in New Jersey. Then call Callagy Law for a free legal consultation.

How long do I have to file a will dispute?

One of the worst things that I ever see is when people realize the time limitation for filing a challenge to a will is incredibly short in New Jersey, incredibly short. It’s four months if you live in New Jersey and six months if you reside outside of the state. That’s incredibly frustrating because once that time passes, there’s nothing else that really can be done outside of a few potential claims, but really, you don’t want to start a case dealing with a time limitation issue. It’s one of the first things that can immediately end a case if you believe that there is any undue influence or if your loved one didn’t have the capacity or ability to make the dispositions that they otherwise – are being presented in a will is called a statute of limitations. 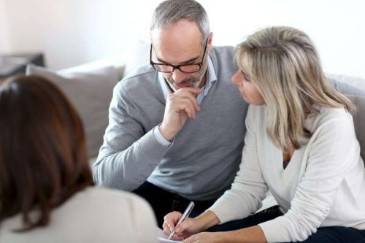 If you live in New Jersey, the time to contest a will is only four months. It’s incredibly short. There are policy reasons for that. People’s memories fade as far as whatever will decisions were made. You want to have the ability to speak with witnesses and make sure that funds are adequately protected, so New Jersey takes a very short view – a very short window in order to contest a case. The statute provides that you have either four months or six months, depending if you’re in state or out of state, from the time that you’re notified that the will has been probated, but I’ve seen that go wrong before, so really, if you have a loved one who’s passed away, and you’re afraid that something may have happened or whatever is being presented as a will is not actually their intent, you want to act within four months or six months of the date of their passing. That way, you never have to worry about running out of time to challenge a will.

Again, it’s a terrible thing when you’re otherwise grieving and want to heal your family to have to deal with this kind of situation, but it’s also of utmost importance that you act quickly because if you don’t, it stops forever. There’s really nothing else that we can do. Starting a will contest case is not as simple as just filing a complaint. You also have to do some initial investigation to see the factual circumstances behind the will and see if something had actually happened that would permit you to challenge the will. I would hate to see anyone else not be able to right a wrong that may be occurring just because time runs out, so it’s incredibly important that you act quickly. There’s a lot to do in a very short amount of time, and obviously, the stress of the situation doesn’t help as well.

If there’s any question at all regarding whether you believe that the intent of your loved one is actually being effectuated by what’s being proposed to the court, there are three things to remember. The first one is that you have a very short window in which to act. It’s four months if you live in New Jersey and six months if you reside outside the state of New Jersey. That time period should run from the date of the person’s passing, even though the statute may otherwise require that it’s from notice. You want to be – you’d rather be safe than sorry and calculate those dates from the date of the person’s passing. The third thing to really remember is there is some investigation that has to occur before the complaint can be filed to start a will contest case, so acting quickly is always in your best interest. As a beneficiary under the will, you don’t want to lose this opportunity to preserve your rights in court. Give us a call. We’re Callagy Law. Our telephone number is 201-261-1700. We’re caring, urgent, and aggressive. Let us help walk you through this difficult time.

Do you have questions about the time limits to file a will dispute in NJ? Contact our experienced estate planning lawyers today for a free consultation and case evaluation.