Powers of Attorney In New Jersey

Watch this video to learn about powers of attorney in New Jersey. Then call Callagy Law for a free legal consultation.

Let’s totally change it up today and just talk about something that actually occurred in fiction. As some of you may know or may have seen, the next season of Luke Cage came out a few years ago. I pretty much binge watched it, and it was really great. I really enjoyed it. If you have any interest in comic books or any of the Marvel series, I really suggest seeing it. One of the subplots that occurs to the main villain is that assign a power of attorney to this financial advisor who then takes all of their money and puts it into a bunch of separate accounts and is later forced or really coerced into signing the money over to the other bad guy. 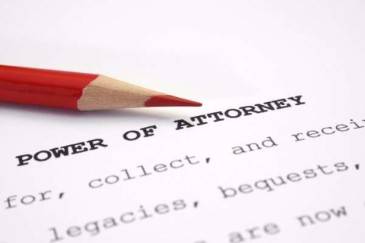 I’m trying not to do a spoiler heavy review here, but really what I want to talk more about is how realistic this whole subplot is because I think it takes the better part of six or seven episodes of this entire season to get it resolved, and the answer, surprisingly, is this is something that totally could happen depending on what level of power the power of attorney is granted. Basically, if you do grant a power of attorney, and they have all the proper documents, they can go to banks, they can go to financial institutions, they can move money around, they can deposit it, withdraw it. Whatever happens as long as long as they have that authorization and the bank has that on record, it’s totally fine. They could deposit it into somebody else’s account, and that’s it. You’d really be stuck if they weren’t being threatened with a beheading, which is what ultimately happens to this guy.

The ultimate resolution is everything gets undone as a result of coercion, and that’s actually a legal principle as well. Any time that any kind of financial transaction is done, whether it’s in New Jersey or really nationwide, if the person is coerced, usually the transactions can be undone, though it doesn’t usually happen as fast as it does in Luke Cage season two when it happens in a matter of days. Usually it takes a much lengthier process to prove that there was coercion and everything like that. Certainly, an interesting subplot. Certainly, one that has some basis in the real world and just a fun addition to a show that I’ve really been enjoying. If you have any questions or you want to talk about comics or Marvel or anything else like that, feel free to give us a call, 201-261-1700.

Do you have questions about powers of attorney in New Jersey? Contact our experienced estate planning lawyers today for a free consultation and case evaluation.