Settling a Business Dispute Out of Court

Questions about settling a business dispute out of court in your state? Check out this video and call our office for a free consultation.

Could I settle my business dispute outside of court? 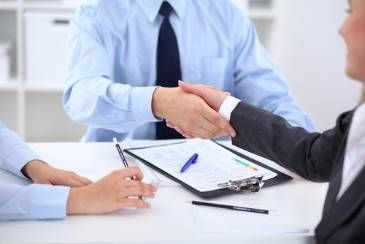 I’m frequently asked whether and how my business dispute can be settled outside of court. The answer to that is 100%, of course. Obviously, the first way that you want to go about that is attempting to confront and be direct with your business partner, your employee, an outside vendor, or someone who you have a contract with to try to produce the result that you want. That’s considered negotiation. If, for example, for whatever reason, you can’t negotiate, you can’t have a discussion with the other side that’s going to be productive, there are other mechanisms besides going to court to get you a resolution. One of those processes is something called mediation.

You’ve probably heard that term and thought about court and all these things, but the reality is mediation, especially if it’s non-binding, is an opportunity for you to use a third-party referee to help bridge the gap between the dispute. These “referees” do a really great job of trying to bring the parties together to see the result that they can ultimately get to and avoid the costs of unnecessary litigation.

You can use a mediator. It’s non-binding, it’s confidential and, in fact, under the court rules, there are certain prohibitions from using any information from a mediation, called a mediation privilege, in litigation. You have the freedom to be as open as you want, say whatever you want, as long as you’re not committing crimes or acting unethically or immorally or in some way improperly. If you’re doing everything correctly, everything that you say in mediation is protected from court, and it’s a really great process to get an external mediator to help you try to bridge the gap between your dispute.

If mediation is not enough and you need something more, but you want a confidential, quick, and inexpensive process, one option is arbitration. I tend to avoid it. I don’t particularly like arbitration, but a lot of people swear by it. What an arbitrator does is they will render an opinion, just like a jury or a judge will, and that decision has finality as far as the law is concerned. Once that arbitrator renders the decision, which is supposed to be relatively quickly compared to what court is – that’s hit or miss or may not happen.

An arbitrator is one person. They’re hired; they’re a referee; they are going to call balls and strikes. They’re going to tell you what is what, and then that decision can ultimately become something called an award. An award can be turned into a judgment, which is enforceable as if a judge or a jury rendered the opinion.

Those three things are all external sources for you to resolve your dispute outside of court, and of course you always have the legal system, the justice system, to file a complaint or pursue legal recourse if you have to. You have negotiation, mediation, and arbitration to try to get resolutions outside of court. If you have any further questions, call us at Callagy Law. I’m here to answer anything that I can for you. Contact us directly and we’ll provide more information about this question and any others that you may have.