Watch this video to learn about the rules for altering contract terms. Then call Callagy Law for a free legal consultation. 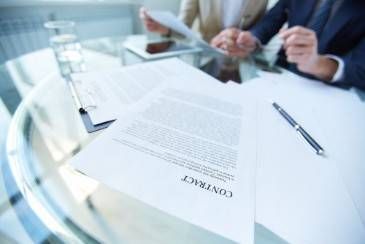 Sometimes at Callagy Law, we are asked what the rules are about altering contract terms. Obviously, this depends on whether or not you have an oral contract or a written contract. Assuming we have a written contract, what are the rules that you would use to change those terms and change those clauses? For the most part, a contract is going to control how changes are made. If the contract was made by an attorney, or even if it was made by someone who pulled a template off of the internet on a contract, there’s probably going to be provisions inside of that contract that prevent the terms from being changed, except in writing and by unanimous consent of all of the parties in the contract.

The reality is, however, sometimes there are things that happen within a contract where the parties, through their course of dealing and course of conduct, actually change, to some extent, the terms of a contract. Even if a written agreement says you can only change it in writing, their conduct can actually change it. For example, if a lease states that payment is due by a certain date, and there’s an agreement by the parties where they say, “You know what? It doesn’t need to be on the first of the month. Go ahead and send it to me on the 15th of the month,” and over a period of time a payment is made late, late, late, according to the terms of the contract, that can change the terms of a contract to allow what’s referred to as substantial compliance, meaning you followed the rules but you kind of were lax about it and you didn’t follow it to the letter.

If one of the parties says, “You know what? Your payment is late this month. It was due on the first of the month, and now you’re late because it’s the 10th of the month and we haven’t received it,” many courts will say even though the contract says payment is due by the first, they’ve substantially complied because they ultimately did pay – there was a course of dealing or course of conduct that changed the terms of the agreement – and you never put the other side on notice that you were going to have them strictly comply with the letter of the agreement. Even though there’s a provision in a contract that says it can only be changed in writing, your behavior or your conduct can actually change the terms of a contract. It may not be permanent but certainly enough for a party to turn around and say, “Hey, wait a second. I substantially complied with the terms of the agreement.”

In addition, sometimes there are terms inside of a contract that are otherwise illegal or unenforceable. For example, some states don’t allow certain types of non-competes or non-solicitation agreements, what are referred to as right-to-work states. You may have an ironclad non-compete that says for a period of 50 years, you can’t work in this area or this industry, that clause is illegal and unenforceable, and most times court will continue to enforce the terms of the contract but will strike that clause as if it didn’t exist.

While written agreements may say you can’t change the terms of this agreement, except by writing and by consent by everybody, you can change it by your conduct; you can change it if you don’t identify a clause as being material as opposed to non-material. Parties sometimes enter into illegal agreements without even knowing it, and those agreements are not enforced by courts. Even though contracts can change by agreement, there are other ways that contracts won’t be enforced, so it’s effectively as if the contract terms have changed.

If you have any questions with regard to this issue or any others, contact us directly at Callagy Law and we’ll answer this and any other questions that you have.