Rights of a Minority Business Partner

Wondering about the rights of a minority business partner in your state? Check out this video and call our office for a free consultation.

What are my rights as a minority partner in a business? 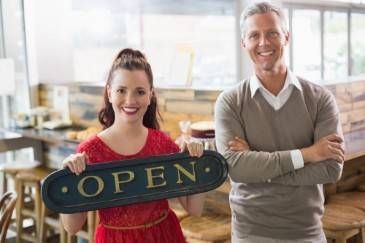 If the agreement is silent on the rights, every state has an enabling statute which gives corporations their power or allow for the creation of limited liability companies, and those statutes and regulations have what’s referred to as the default rules as to what your rights are. Within that, a minority shareholder usually has some additional protections as allowed by law— not a ton of protections, but a lot of protections.

For example, there are rights that they get if they are being oppressed, meaning they’re frozen out of the management of the company, the controlling shareholders are using their interests in a way that’s against the law and violation of the minority shareholder’s rights to freeze them out, to create false mergers, to minimize their powers, to eliminate the value of their shares, to do things to create chaos. In that regard, you have statutory rights to protect you as a minority shareholder and you may have protections, allowed for by law, if you’re being oppressed.

Just because a majority shareholder makes a decision that you don’t agree with, doesn’t mean, however, that you can essentially jump and down and claim, “I’m a minority shareholder and you’re imputing my rights.” The existence of a controlling interest or the existence of a majority interest exists for a reason, so that those people can control the decisions of the business. When they begin to abuse those rights, that’s when you may have rights as a minority shareholder or minority owner in a business to execute on some of these statutory or contractual, if it’s in an operating agreement or a shareholder agreement, rights to protect you and protect your interest from diminishing in value, destruction of value, or oppression that would otherwise deprive you of the fulfillment and purpose of why you’re a part of these companies.

Always look to those state statutes. Those are the default rules if there’s not a contractual relationship, meaning a shareholder agreement or operating agreement, and you should definitely look to those rules to see what rights are available to you. Just because a majority shareholder makes a decision that you don’t like, doesn’t necessarily mean that you’re an oppressed minority, and those situations are controlled by case law.

You really want to find a world-class attorney who can answer those kinds of questions, whether or not you have a cause of action if a decision made violates your statutory or contractual rights as a shareholder inside the company, even if you’re a minority interest holder. At Callagy Law, we’re here to answer this or any other question you have. Give us a call. We’re here for you.

Are you a business owner in New Jersey and have questions about the rights of a minority business partner? Contact our experienced New Jersey shareholder/partner issue attorneys at Callagy Law today for a free consultation and case evaluation.