Possession Of Weapons In A Domestic Violence Dispute

Watch this video about possession of weapons in a domestic violence dispute in New Jersey. Then call Callagy Law for a free consultation.

Will my weapons be seized if I’m charged with domestic violence? 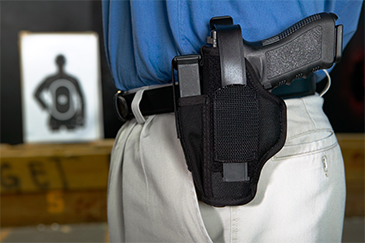 In those cases, most likely, the victim will alert the police that the defendant has a weapon. The defendant may also be asked if they have any weapons. When the police go to the defendant’s home to either arrest the defendant or inquire about the domestic violence charge, they are given broad discretion to search the home for the weapons if not just turned over by the defendant.

Once the weapons are seized, it is, in most cases, unlikely that the weapons are going to be returned; however, they will be returned unless a domestic violence restraining order is issued, a crime involving the weapons occurred, or the court finds that there’s another reason to keep the weapons away from the defendant. Once the weapons are seized, the prosecutor has 45 days to determine whether or not they’re going to give the weapons back to the defendant. These weapons can include anything from hunting rifles and shotguns to handguns to even BB guns and pellet guns, even antique guns that may not even work, and in some cases, even some type of antique swords and knives. Any weapon that could be used to hurt or kill someone is basically considered a weapon and will be seized in these cases involving domestic violence. Again, unless a restraining order or a crime has been committed, restraining order’s been issued, or a crime is committed, or there’s another reason, the prosecutor should return the weapons to the defendant who shouldn’t even be a defendant anymore.

If you are in the need of any counseling or would like any advice on restraining orders, especially if one is pending against you or if there is one against you and your weapons have been seized, please contact Callagy Law at 201-261-1700.

Do you have a family law case and have questions about possession of weapons in a domestic violence dispute? Contact an experienced family law attorney at Callagy Law today for a free consultation and case evaluation.