Are you going through the divorce process and have questions about the details of your custody case? Contact Callagy Law to get started today. 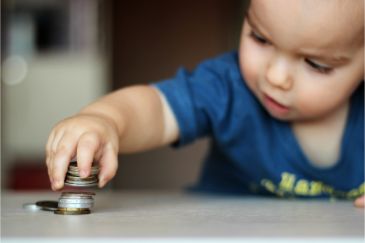 Unfortunately, we see a lot of these cases in what we do. A perfect example of that is a case I had recently in where the mother was diagnosed with a mental disorder. She was moonlighting in a gentlemen’s club. She was actually having Facetime calls with her daughter while she was changing in between her shifts as a dancer.

When we found that out, we had to immediately run into court to seek supervised parented time, to suspend parenting time, to ask for custody evaluations, to get guardian ad litems appointed, and a whole host of other things that happened in this crazy case that I had to deal with. When you have a high-conflict custody case, you have to be prepared to do whatever is necessary to protect your children, to protect your best interest of your children. You have to be prepared to have custody evaluations, to have therapists appointed, to have guardian ad litems appointed, to do whatever is necessary in court to make sure that your children are protected.

Depending on what state you’re in, the answer might be different. We’re often asked, “How do we determine child support if we are equally sharing parenting time with the child?” In general, the court is going to look at a number of factors in determining what child support looks like, but there will have some bearing on what the parenting time is on that calculation.

In New Jersey, the number of overnights that both parties have with the child is certainly a factor. Even though it may not eliminate a child support obligation, it will certainly have a pretty significant bearing on what the calculation looks like. If one party is earning significantly more than the other party, they may be still looking at some sort of support obligation, even if they have the child 50% of the time, but it varies and is very fact-sensitive. It’s somewhat similar in New York, but in New York it’s pretty clear that even if there is a 50/50 parenting time arrangement, again, if one of the parties is making significantly more than the other party, there may still be a child support obligation to be paid.

One time, we had a call with a client who told us that she had never married the father of her child. He has not really had much time with the child, doesn’t currently spend much time with the child, and the child is living with our client. She wanted to know what his legal rights were in terms of custody. The courts typically look at a biological parent as having, certainly, rights to having access to the child. It may not mean that the child is going to be living with that parent one hundred percent of the time – and certainly in her circumstance, it sounds like that would be rather unlikely – but he would still have, certainly, some legal rights.

The courts look at two different types of custody. There’s legal custody, which is decision making, and then there’s residential custody, which is where the child is living, subject to a visitation or parenting time schedule with the non-custodial parent. Dad may have some decision making rights on behalf of the child, and dad will most likely have rights to have some visits with the child. It would be very unlikely that the dad would not be able to see the child at all.

Are you or a loved one in the divorce process and have questions about the details of your custody case? Contact an experienced New Jersey Child Custody Attorneys at Callagy Law today for a free consultation and case evaluation.