How to Split From Your Business Partner

Watch this video to learn about how to split from your business partner. Then call Callagy Law for a free legal consultation.

How do I split from my business partner? 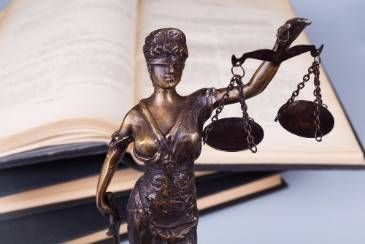 One of the questions that you may be asking whenever you’re involved in a business is, “How do I get out of the business? How do I split away from my business partner? How do I go and do something different now? I’m tired of this business.” There are a lot of different steps that you could take to move away from your current business partner. The number one way would be to confront it head on, have the conversation, and come to an agreement, ultimately, with this person to get to a resolution where you’re able to split the business apart and move on from the business. Confronting it directly allows you to negotiate a resolution that allows you to do whatever you need.

Most times when you’re getting involved in a business, in the operating agreement or inside the shareholder agreement, you’ll have non-competition clauses and non-solicitation agreements. If you’re starting another business and want to spend less time, less energy with your business than you have now, unless there’s something that’s specifically written inside of the operating agreement or the shareholder agreement that would prevent you from doing this, you’re welcome to do whatever you want and not breach your fiduciary duty to the company, ultimately.

As a shareholder or as a member, you don’t have to be an employee of the company, as well. You can resign your role as an employee, you can resign your role as an officer, and still remain an owner of the company unless there’s something written to the contrary within the operating agreement or shareholder agreement, which is why it’s so important to make sure that you have one of these. If, however, you want to start a competing business, now you have a problem. You may have fiduciary obligations – duties of care and loyalty – owed to the company not to compete, not to cause harm to the business, not to solicit, not to take leads or corporate opportunities that would otherwise go to the company. If you are going to start a competing business, you potentially have a problem.

If a shareholder or operating agreement is silent on this issues, however, most states have provisions – either in the corporate act, the limited liability act, or the controlling statute or regulation that controls corporations or business entities and things of that nature – which gives you recourse to get out. For example, there’s a process called disassociation where you can literally disassociate yourself with the company. All else failing, there’s also the possibility of something called an involuntary dissolution. If you have enough of the shares and you’re done with the company and the other parties don’t want to let you out for whatever reason, you may have recourse through a process called involuntary dissolution whereby you cause the entire company to go through a process called dissolution. Most states, however, allow for the other shareholders to elect the process called a buyout, in lieu of dissolution, which then triggers another process that allows for the valuation of your interest and for you to be bought out, and then you can ride off into the sunset and do whatever you want.

It is important, however, for you to understand that if you’re just getting started in your business, or even if you are already in your business, it is really critical that you have an operating agreement or a shareholder agreement, or other kind of agreement that gives clarity on what happens when one of the parties no longer wants to be a part of the organization. As long as you’re not running a competing business or your state says something otherwise, you are welcome to go and start another business, even if it takes you away from the existing business and even if you have to quit, essentially, your role as an employee and officer of the company. As long as it’s not in competition with the company, you’re more than welcome to do that as well, but consult a lawyer.

Consult your state statutes because there may be something in place that prevents you from doing exactly that. Always read your operating agreement and always read your shareholder agreements to make sure you’re not in violation. If you’re looking to split, looking to create a new business or looking to move on somewhere else, you’re not prevented to doing that unless it’s a competitive business. Even if it is a competitive business, there’s still recourse for you to move on. Make sure you’re reading your state statutes or contact a lawyer and they can certainly help you with that.

At Callagy Law, we are here to help you. If you have any questions with regard to this or any other question, call us and we’ll answer anything you need.

Are you a business owner in New Jersey and have questions about how to split from your business partner? Contact our experienced New Jersey shareholder/partner issue attorneys at Callagy Law today for a free consultation and case evaluation.