How To Handle Fiduciary Shareholder Suits

Why should I call Callagy Law to handle my business dispute? 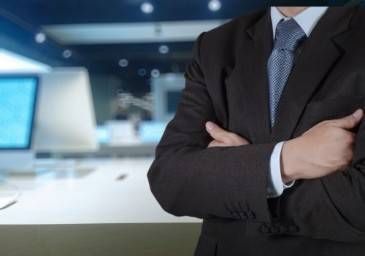 Let’s talk about how to handle your partnership or shareholder business dispute. Why should you listen to me at Callagy Law? I am one of only two lawyers in America with two top national jury verdicts of $27 and $33 million between 2014 and ’16 both in breach of fiduciary shareholder suits. Our clients, like so many people, are involved in these situations and feel like they don’t want to be in them. The biggest challenge initially for these folks is avoiding the reality of what’s happening and hoping it will just go away.

The three key points I want to address today so you don’t end up behind the eight ball and forced out of your company like some of the people we’ve represented have is what you need to do right from the very beginning. First, have faith in God to tie up your camels. If your partner or other shareholders are operating honestly, you don’t have to worry about it. What if they’re not, so everything you need to do psychologically to prepare yourself for war to avoid having that war.

Second, you need to become aggressive. Bruce Springsteen said something amazing once, which I love. The reason he was so incredibly successful was because he cared so hard and worked so hard, as did the band. They did so because he made them. A lot of times psychologically what we do is we want the world to operate differently than it really does, but we have to make people do things.

We have to create the outcomes we want. If it’s against our nature, if we’re passive, if we’re worried about those things, that’s the greatest way to get yourself in an amazing place like my client was in the company he built. This happened all before we started representing him, forced out, walking out of his office with a box in his $50 million company. That’s what happened because he wasn’t ready and prepared to fight that battle from day one.

Call us at Callagy Law, 201-261-1700. Let us help you avoid massive, incredibly expensive litigation and get this thing done right from the very beginning and let everyone know that you’re going to be honest, just, and fair. You’re not going to let anybody do the wrong thing, lie, cheat, and steal your company or your life from you.

Are you a business owner with questions about how to handle fiduciary shareholder suits? Contact our experienced Business Litigation Attorneys at Calgary Law today for a free consultation and case evaluation.