How Do You Choose A Personal Injury Lawyer?

Watch this video about choosing the right personal injury lawyer in New Jersey. Then call Callagy Law for a free legal consultation.

How do you choose a personal injury lawyer? 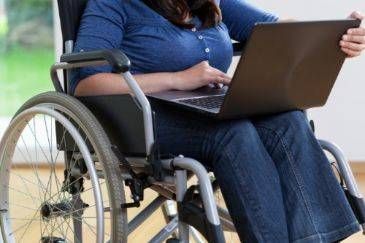 The question becomes, what do you do? We were wrestling with this entire topic this morning inside the law firm. If you do nothing, there’s an incredible likelihood that disreputable, awful, horrendous attorneys who are flying in, potentially, from other states that violate the law and violate the ethics are going to somehow find their way in front of these people, pretending they’re genuinely caring, authentic, and good. That’s if you do nothing. If you do something, then you look gross and horrible just like those people. There are all kinds of rules about advertising and different things in the state.

One of the things that weighs heavily on my heart and truly frustrates the heck out of me is how do you get your message out there and not look gross and disgusting. That’s one huge problem. How do you truly help people? In the context of personal injury cases, for a lot of folks, it’s life-changing.

Those things have hit my own family. Twenty years ago this month, we lost my uncle and my godfather, a prominent retina surgeon in New Jersey, who has the NICU unit at Valley Hospital named after him. Twenty years ago this month, and I can start crying about it in two seconds. His son lived with me for three months after the accident. He lost his practice. He was hit while or stopped in traffic in front of the Garden State Plaza. I know the entire gamut of what that did to my family. It was my mother’s brother, my godfather. It’s complicated because if you – when people think about putting money, and loss of life, and harm together, it becomes this wildly emotional complex dynamic.

All of that said, what do you need to look for? What you need to look for is people that are legitimately, first, caring. There is a psychic connection that occurs, an emotional connection, between clients and lawyers. There’s a lot of people who are really good at pretending. That’s why it’s complicated. You could be watching this going, you’re really good at pretending. How do you know? You’ve got to talk to people and talk to multiple people.

If you’re involved in a serious accident or situation, come talk to us, and then go talk to other people. I wouldn’t say just believe us. I can tell you all day long, we’re really caring, we’re real authentic. How do you know? Do you really feel that bond? Do you feel that authenticity? The first thing, truly, is do you feel that empathetic rapport-filled connection coming from your lawyer? If you don’t feel it from us, then walk out and go talk to somebody else. You have to feel that. The second thing is do you feel urgency? We talked about urgency all the time. Are people going to get on top of things quickly? Are you going to feel that they’re responsive? If you’re not feeling that, you’re just not in the right place.

You have to have energy. Energy creates results. There’s this wildly interesting concept for a lot of people in the law that it should be unemotional. It should be dispassionate. That’s nuts. Emotion creates outcomes in life and the world. If you’re not feeling that level of emotion and urgency from your lawyer, again, authentically. People could be like oh, we’re really aggressive. We’re really urgent. We really care. Do you feel it? Is it the experience that you’re having? If you’re not having it with us, then fire us and leave. If you’re not having it with the lawyer that you’re with now, then leave as well. If you don’t feel it in the initial consultation, hit the bricks and go a different direction.

Third, aggression— are they going to assert your claim in truth? Are they going to think about their contingent fee and getting some quick settlement resolution for themselves? Are they going to truly represent you and assert your position in the most authentic, open, and aggressive way? Judges like to move their calendar. That’s how judges are rated inside the system, how fast they get every case. They’re looking for who the weaker party is. They squeeze plaintiff attorneys they think are weak. It’s their job. I’m not criticizing the judiciary. I’m giving you an insider look. They’re going to look to push out the people and scare the people. We’re going out to trial. They’re going to push pressure. Is your lawyer ready to deal with that pressure?

We have two top 100 national jury verdicts. Hala Jaloudi, who runs our Personal Injury Team, has a $17 million settlement in a case that went to the New Jersey Supreme Court and has tried a case in with $200 in property damage, and got a $300,000 jury verdict. That’s who we are, a little bit of who we are, and some of the things that we’ve done. None of that really means anything because everybody could throw numbers, and talk nonsense, and all that stuff. It’s not nonsense what we’ve done, but people can throw things around.

Come talk to people, and if you feel that you have a protector, a guardian, a champion, you’re in the right place. If you have any question about that, walk away, whether it’s us or somebody else. Give us a call right now at 201-261-1700. See if we are everything that we’re saying, and we’re the right fit for you.

Have you or a loved one been injured because of someone else and have questions about how to choose a personal injury lawyer? Contact our experienced Personal Injury attorneys today for a free consultation and case evaluation.