How Do I Handle A Shareholders’ Dispute Case

Watch this video about handling a shareholders’ dispute case in New Jersey. Then call Callagy Law for a free legal consultation.

How do I handle a shareholder’s dispute case? 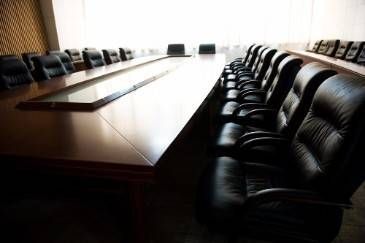 A key question that a lot of clients ask me about is, when I’m in a shareholder dispute, how does this end? How do I get compensated? What happens? We had the unique privilege of representing somebody in the top jury verdict of 2016 in the state of Arizona. We made some law because the issue became what do you do when this all gets crazy? This is going to get a little bit technical but follow this.

Let’s say somebody’s forcing you out of your company, or you file for dissolution, and the other person caused it. One thing that you’re entitled to is to get your fair value from being forced out. That’s what happened in this case in Arizona. Quite frankly, my client didn’t want to get forced out. That’s a much longer story. He was really forced into the situation with physical threats and attacks— all kinds of crazy stuff.

When this thing got rolling, after he was forced out and he got his fair value, the other side said, well, we’re all done. We said, no, we’re not all done. All our client got was his fair value. That’s the back right pocket for his shares. What he didn’t get is the salary he lost, and he didn’t get his lost profits. They’re like, well, he got bought out. Yeah, he didn’t want to get bought out. He got bought out because you forced him out. Now, different than fair value, you have to compensate him for his compensatory damages for breaching your fiduciary duty. Here’s the crazy thing. For the fair value because of set offs, all kinds of crazy things, he ended up getting paid about a million dollars. For the compensatory damages and punitive damages he got paid – he got a jury verdict of $27 million.

When you’re going through the shareholder dispute, what we found is that most lawyers have no idea that you can go far beyond fair value to deal with this breach of fiduciary duty, compensatory damage situation, which is going to be astronomically higher than what you can get for fair value. This is case law that we made out in the federal district court with the brilliant judge that we had working that case. He understood and saw it.

Very few attorneys have argued this in the history of the United States of America. We did. We won it successfully. We understand what we’re doing. Call us at 201-261-1700. We’re Callagy Law. This is a complex web that most attorneys have no idea what they’re doing even if they say they’ve been doing it for 30 years and don’t understand all the issues I just discussed with you. Call us now, like us on Facebook. We have 115 caring, urgent, and aggressive people ready to help you.

Are you a business owner with questions about handling a shareholders’ dispute case? Contact our experienced Business Litigation Attorneys at Calgary Law today for a free consultation and case evaluation.