Firing a Business Partner or Shareholder

Watch this video to learn about firing a business partner or shareholder. Then call Callagy Law for a free legal consultation.

How can I fire my business partner or shareholder? 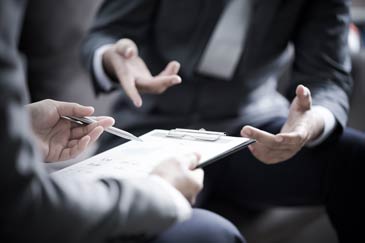 We are frequently asked, “How do I fire my business partner or a co-shareholder?” The reality is you can’t. It’s important to understand how corporations and limited liability companies work in order to understand how you would go about removing them from operations and things of that nature. Imagine that there are three levels to the relationship that a shareholder or co-owner in a limited liability company (called a member) could have with the organization. The first of that is an employee.

Let’s imagine someone who is head of sales or something along those lines. In that regard, you may or may not have a contract with them, but you’re employing them and paying them a salary to do that job as the head of sales. In addition, they also may serve a role in the management of the affairs of the company. In the form of a corporation, or a member, or a limited liability company, they may be an officer or a director – so there’s employee, an officer or a director, and then shareholder. If you are a controlling shareholder, meaning you have more than 50% interest, or together with a number of shareholders or other members you have more than a controlling interest, you have potentially the ability to remove people as directors or as officers; however, you have to follow the operating agreement or shareholder agreement in order to accomplish that.

In addition, if you are an officer, such as the President or CEO of a company, or have certain roles that allow you to hire and fire employees, you may also have the ability to fire a shareholder from their role as an employee of the company. Shareholders decide who the officers and directors are, and the officers and directors can make hiring and firing decisions with regard to the employees of the company. Practically, you could fire someone from the company, but you can’t remove them completely, if they’re a shareholder from the company, without going through other legal processes to do it.

If you wanted to remove them as a shareholder, now you’re talking about a completely different process. You’re talking about looking at the operating agreement or shareholder agreement to remove them as shareholders or members of a limited liability company. If that doesn’t work, you’ve got to look to your articles of organization or to your bylaws. If that doesn’t work, then you look into your state statutes about how to remove them as shareholders. The corporation may have a contract with this person, as the sales manager, as an employee, so you’ve got to follow the contract that guides the employment decisions, otherwise you may have a lawsuit by the shareholder and sales manager against the corporation for breach of contract.

In all of these different processes, all these different relationships, it’s important to decide and determine what hat they’re wearing and what you’re trying to do to remove them. At all times, you need to look if there’s any contractual obligations that you have with them as employees, officers, or directors. You also need to look at if there’s any shareholder agreements or operating agreements that govern the roles of the shareholders and potentially make them permanent employees of the company, meaning that you may have another contractual relationship with them. If anything, you really want to be looking to your bylaws, articles of organization, or to your state statutes that govern those relationships.

We’re now entering into super-complicated territory. At this point, you should find an attorney who’s world-class and who can answer these kinds of questions for you. We here at Callagy Law are happy to answer any of these questions, whether it’s this question or any other question. Contact us directly. We’re here to answer.

Are you a business owner in New Jersey and have questions about firing a business partner or shareholder? Contact our experienced New Jersey shareholder/partner issue attorney at Callagy Law today for a free consultation and case evaluation.