Watch this video about fiduciary shareholder suit examples in New Jersey. Then call Callagy Law for a free legal consultation. 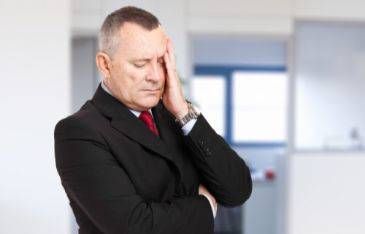 Clients often come to me because they’re in a tough situation where conflict has arisen between them and their partner or other shareholders. Right off the bat, one of the most significant challenges that they face is that they don’t want to accept the fact that they’re in this conflict. I’ve seen people continuously tell me I don’t know their partner and don’t understand. Our biggest national jury verdict,— a 27-million-dollar verdict in Arizona— was in a case where my client and his partner were best man at each other’s weddings. His partner was defrauding the federal government, was trying to rob, steal the company away from him, choked him, had the police called, and said that my client was the one committing fraud.

Why am I telling you all this? I’m telling you all this, so you can protect yourself right from the very beginning. In protecting yourself right from the very beginning, the first thing that you need to do is make the other side lie. What? Make the other side lie? Yes, because if they’re going to lie, you want to document it and capture it. How do you do that? You begin capturing email communications back and forth. Some of the most valuable and critical information we got in that case were because my client early on was taking a reasonable position and asking the other side to stop. It played out, and it countered their entire story that it was our client who was trying to get rid of him, force him out, because our client right from the beginning was taking action.

We can explain exactly how to do that from the very beginning, so you avoid the fight later on. If you’re dealing with somebody who’s honest, then none of it matters anyway. We’re not saying to be anything but completely genuine, totally honest and forthcoming, but when we’re capturing if the other side and the other person’s going to lie later, you want them to lie early and often. So many people get so freaked out, telling me they can’t believe this is happening. If your client, your partner, your shareholder has gone down the wrong road, and they’re doing the wrong things, and they’re going to continue to in some litigation, be happy you’re capturing it in writing.

There are certain legal documents you can file right from the beginning that are going to force them to take positions and make them lie. We do it all the time. We file injunctions, orders to show cause. We do things right off the bat that force the dishonest partner to take positions on their oath, which they will get destroyed with later. We have two top 100 national jury verdicts. We know what we’re doing in this space. We know how to help you avoid the fight, or if the fight’s going to be brought to you, how to be prepared to win it right from day one. That evidence in the first week and month of this dispute will be what helps you in this case at trial. Give us a call now. Thanks.

Are a business owner and have questions about fiduciary shareholder suits? Contact our experienced Business Litigation Attorneys at Calgary Law today for a free consultation and case evaluation.