Examinations and Recorded Statements Under Oath

Watch this video about examinations and recorded statements under oath in New Jersey. Then call Callagy Law for a free legal consultation.

What are examinations and recorded statements under oath regarding my insurance claim? 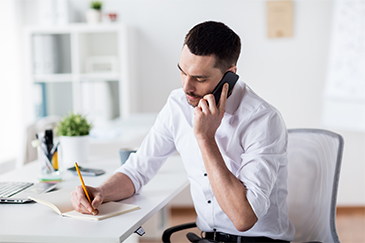 The most frequent scenario that I see for this issue would be if the patient is what’s known as a stranger to the PIP policy. What do I mean by that? You have the PIP policy. You have the named insured. That’s the person who pays the monthly premiums for their coverage.

Let’s say we had a motor vehicle accident where John is the named insured. Mary is the passenger in the car accident. Mary has no car and has no PIP insurance and doesn’t live with anybody with PIP insurance. What does Mary do? Mary wants to get coverage under John’s policy.

Mary is considered to be a stranger to John’s policy. In this scenario, generally speaking, the PIP carrier does have the right to do an investigation to make sure Mary really doesn’t live with somebody with PIP insurance. If Mary does, Mary should go under that policy.

Mary gets a letter from the PIP carrier saying we want to perform an examination under oath where you come in and you talk to us. We want to ask you who do you live with. We want to ask if you have a car. Do you have a license? Do you have your own insurance? They might do it in a more informal way, which is called a recorded statement, but it’s the same idea.

My advice under this scenario is do not ignore these requests because it is possible the insurance carrier could make a case to disclaim coverage or say that Mary did not establish a prima facie case for coverage in the first place. Bottom line is do not ignore these letters. We’re happy to help you any time. Call us at 201-261-1700. Please follow Callagy Law on Facebook, Instagram, and LinkedIn.

Are you trying to get paid by your insurance company and have questions about examinations and recorded statements under oath? Contact an experienced insurance claims attorney at Callagy Law today for a free consultation and case evaluation.