Challenging An Executor In New Jersey

Watch this video about challenging an executor in New Jersey. Then call Callagy Law for a free legal consultation.

How do I challenge an executor?

What do you do when you don’t have any problem with the contents of the estate or the way it’s being disposed of according to the will, but believe that the executor is acting inappropriately? Anytime that that happens, there is a mechanism in New Jersey to remove an executor. An executor has what’s called a fiduciary duty or it’s a trust relationship of the highest level, so any breach of that trust is actionable because the executor is responsible directly to the beneficiaries as well as to the estate itself. In order to begin that action, usually we require an action for an accounting and what’s called an order to show cause. Basically, that says to the court hey, court, we are asserting that the executor is siphoning off funds, let’s say, and here’s our proof for that. That gets put into a packet and is submitted to the court. Then the court says hey, executor, tell me why this isn’t true. 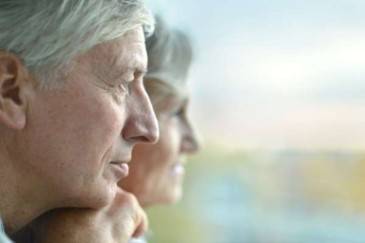 Usually, you only have a short amount of time to file that. An action for an accounting has to be started within two years. You want to act quickly to get that started because those funds, if they are dispersed inappropriately, many times they’re gone forever. You want to act fast in order to preserve as much of the estate as possible. If you believe that the executor is acting improperly, what are your remedies? You can ask to be the executor yourself. You can ask that a trustee be appointed by the court, an independent trustee, which is what we see a lot of times when we have brothers and sisters who are fighting or who can’t otherwise get along, or you have parties who are not in any way related but also have no sense of trust between each other, for whatever reason. They don’t know. They don’t know each other. Nobody trusts the other party, so they ask for a third party to be brought in.

Whenever you have a situation with an executor who you believe is acting inappropriately, you want to remember three things. The first is the executor has a responsibility to all the beneficiaries, regardless of the size of their gift or how they’re otherwise related. Everybody has certain rights as a beneficiary. The second thing to remember is act quickly. To the extent that assets are being depleted or you believe assets are being depleted, it’s very difficult to get them back after they’re gone, so the quicker you act, the better. I’ll tell you one quick story. We had an executor who was acting inappropriately, siphoning off funds, giving gifts because she was also a beneficiary, and so she was just giving away all of the furniture in the estate and all of the pictures and everything like that, and our client who was the son of the deceased retained us and got us in there to stop the depletion. Unfortunately, we weren’t able to recover everything, but we were able to bring a lot of the money back and undo a lot of those transactions.

The third thing to remember as far as anytime an executor is acting inappropriately, the mechanism and the way that it’s started is through what’s called an order to show cause. It requires some investigation, and it really should be drafted by an attorney because the requirements for proving an order to show cause are quite high in the state of New Jersey. It’s more difficult than just filing a complaint. You actually have to provide certain evidence, certain certifications, so it’s really quite important to get an attorney involved in any type of will contest case, but especially when the executor, who is otherwise believed to be trustworthy by the court, that trust has to be shown to be inappropriate. The way to do that is by hiring an experienced attorney who understands how the courts work and what they are going to identify as inappropriate conduct. If you believe that an executor is acting in any way inappropriately, please pick up the phone. Give us a call. We’re Callagy Law. Our number is 201-261-1700. We’re caring, urgent, and aggressive, and we’re here to help walk you through this difficult process.

Do you have further questions about challenging an executor in New Jersey>Contact our experienced estate planning lawyers today for a free consultation and case evaluation.