Breaking Up With Your Partner With a Shareholder’s Agreement

Questions about breaking up with a partner with a shareholder’s agreement? Check out this video and call our office for a free consultation.

How can I break up with my partner with a shareholder’s agreement? 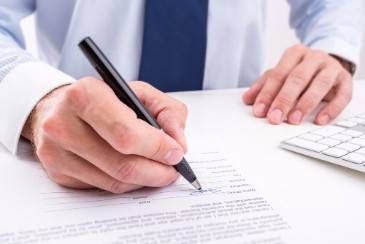 You may be asking yourself, “I have a shareholder’s agreement. How do I go about breaking up with my business partner?” Because you have a shareholder agreement, if it’s a corporation, those agreements are generally going to control your relationship. If there’s a provision in there that talks about exactly how the disassociation or dissolution of your relationship should go – either through some form of buy-sell, or forced buyout, or rights of first refusal, if you want to try to sell your shares – you have to follow what is written inside of the contract. Generally, courts are going to enforce the terms of the legal and enforceable shareholder agreement. If that’s what you agree to, that’s what you’re going to be bound to. If, however, the shareholder agreement or operating agreement is silent on this specific issue, and you decide you want to move on or your business partner wants to move on, there are usually default rules on how that’s handled.

Every state that has corporations or has a limited liability company act will have the default rules on how that’s done. Usually, it’s through a process of disassociation, but there’s also a process called dissolution, which actually causes the undoing or the dismantling of the company. This can trigger processes of valuation in order to get you to a place where you or your business partner want to leave and the other side doesn’t want them to leave, but you can’t hold them hostage; in some states, you can. In some states this is not like a divorce, where there’s irreconcilable differences and you want to end the relationship. Unfortunately, sometimes there are contractual obligations which would be included in a shareholder agreement or operating agreement – or required as a matter of law, such as fiduciary obligations that you would have because of your role as an owner of the company, or an officer or employee of the company – and you have to follow those rules even if you don’t want to.

Most states don’t have a requirement that you can’t start another business, but if you try to start a competing business, then you start to have problems. Always consult your shareholder or operating agreement to see what it requires when it comes time to dissolve or terminate the relationship. If those are quiet, you really need to look to your state statutes because they have default rules for limited liability companies or corporations on how to disassociate, dissolve, or terminate your ownership relationship and usually will provide some kind of process for valuation and buyout of your interest, or rights of first refusal and things of that nature.

Even with the shareholder agreement, even when that’s silent, there’s always a mechanism, always a way to get out, but sometimes there’s not. If you have any questions about this, you should consult with an attorney. We here at Callagy Law are here to provide any information, answer this or any other question you may have. Contact us and we’ll answer your questions.

Are you a business owner in New Jersey and have questions about breaking up with your partner with a shareholder’s agreement? Contact our experienced New Jersey shareholder/partner issue attorneys at Callagy Law today for a free consultation and case evaluation.