Watch this video to learn about alternatives to business litigation. Then call Callagy Law for a free legal consultation.

Are there any alternatives to business litigation? 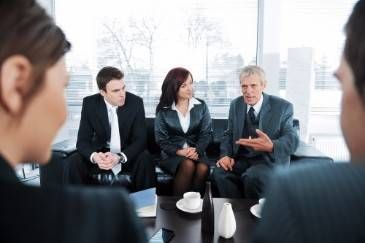 You may be wondering if there are alternatives to litigation. When you say litigation, what you’re actually talking about, roughly, is a form of dispute resolution using our justice systems, meaning the filing of a complaint and going through a litigation process where a judge or jury makes a determination on one side or the other. There are a number of ways that you can resolve your dispute without needing to go down that path, which can sometimes be an expensive and time-intensive process.

If you’ve tried negotiations, meaning you’ve tried to resolve your dispute directly, putting your ego aside and confronting the challenge directly, there are two mechanisms that are available to you that, short of a lawsuit, can try to get you to resolution. The first is mediation and the second is arbitration.

Mediation generally refers to a non-binding process. What that means is that whatever the result of it is, it has no impact nor is it enforceable against one party or the other. The benefit of mediation is it’s a very informal process. It allows you to have a referee calling “balls and strikes” and allows the parties to come to an agreement to settle their dispute short of having it get to litigation. What’s great about mediation is it’s relatively inexpensive. You can find retired judges – the same kind of people who are going to be making decisions inside your case – to be the mediators and “referees” for your dispute. Virtually every state has something called a mediation privilege, which means that anything that’s discussed at mediation – unless someone makes a threat of crime or violence, or something along those lines – is completely confidential and cannot be discussed, period, end of story. The courts are very strict in their enforcement of that.

The other process is the arbitration process. The arbitration process is more like litigation light. What do I mean by that? You generally have some kind of professional, whether a retired judge or an attorney in the area, who becomes the sole decision-maker of the case. What is beneficial about arbitration is, generally speaking, it moves faster than litigation. It’s supposed to be less expensive, but the trade-off to that is it’s a much more curtailed process.

There are rights that you would otherwise have in the legal system, in justice court or in a court of law, that you don’t get in arbitration. The arbitrator can do a much quicker job, more expedient, it’s informal, and the decision that they render has the force of law. There are a couple exceptions where that’s not the case, such as when there’s bias or something along those lines, or wrongdoing or fraud, but their decision has force of law, meaning it’s binding. What ultimately happens is, at the end of the arbitration process, the arbitrator hears everybody – which could takes weeks, months, or over a year – then renders a decision, called an award, and the award can be taken to a court to be converted into a judgment. That judgment is then as enforceable as if a judge or a jury rendered the opinion.

Short of having to file litigation, you have direct negotiation, which is preferable. If you can’t get that to work, you have mediation, which is a non-binding process. If that doesn’t work or you’re not looking to do that, you have the arbitration process, which is a binding process that has all the force of law. It’s more informal and should be less expensive – though that’s not guaranteed – and could get you a result quicker and more efficiently, potentially, than a legal action. You also always have the filing of the complaint and seeking justice from our courts of law. Those are the four processes, generally.

If you have any questions about any of this, call us at Callagy Law. We’re here to answer this or any other questions that you have.