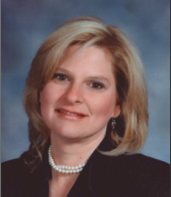 QUESTION:   Are undocumented workers entitled to any employment rights under federal law? If so, what are they? ANSWER:      Some people may be surprised to learn that although undocumented workers have no legal right to employment in the United States, if they are employed, they have many of the same rights as all employees, with a few limited exceptions, even if they are in the United States illegally. In the United States, undocumented workers have no legal entitlement to employment.  In fact, in 1986 Congress enacted the Immigration and Reform Control Act (IRCA) which makes it illegal for employers to knowingly hire undocumented immigrants and requires employers to take affirmative steps to confirm and attest to an employee’s status. IRCA mandates that employers verify the identity and eligibility of all new employees by requiring every new employee to present specific documents before commencing work. If a prospective employee does not present the required documents, he/she cannot legally be hired. Furthermore, IRCA makes it a crime for any person to circumvent these requirements by presenting false or altered documents for the purposes of securing employment in the United States. Likewise, IRCA imposes significant penalties, both monetary, and even criminal under certain circumstances, for knowingly hiring undocumented workers. Notwithstanding IRCA, once a person is employed, many of the same federal and state benefits and protections apply to all workers while they are working, regardless of his or her immigration status. Specifically,

Disclaimer: This article is meant to be informative only and is not intended as, nor should it be construed as, legal advice. This article is meant as a general guide only and does not address all possible circumstances that could affect the rights and limitations of undocumented workers.  If you are injured on the job and sustain injuries you may wish to contact an experienced attorney for legal advice, regardless of your immigration status.