Watch this video to learn about the definition of alimony. Then call Callagy Law for a free legal consultation. 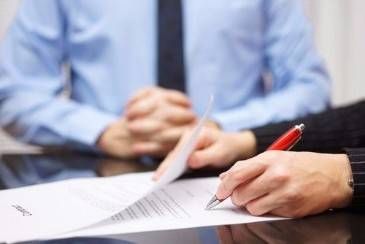 Alimony in New Jersey is also called spousal support. It is awarded or agreed upon, hopefully, in most cases. It is awarded to the spouse that needs support. If we are representing a client who has traditionally been either a stay-at-home mom or the person just earning less money than the other spouse, it is likely going to be an alimony case.

Alimony is subject to a number of factors, pursuant to our statute, the three most prevalent of which are the needs of the supported spouse, the ability to pay of the supporting spouse, and the lifestyle of the parties during their marriage. The courts try to and our law tries to put both spouses in as close to a marital lifestyle as possible, given the economic circumstances. It is unlikely, in most cases, that both parties can have the exact same marital lifestyle because now we’re talking about the same pot of money being split up between two households. The goal is to put both parties in as close to that position as possible.

Alimony is an issue in the vast majority of cases we deal with. Alimony is an issue, sometimes, that’s disposed of quickly by agreement; sometimes alimony is not warranted. The big considerations of alimony are, certainly, how much and for how long. There are factors that can get complicated, especially if income of the parties is in question. If you have any questions at all about alimony, spousal support, incomes, please contact us because it is one of the more important areas of every divorce.

Are you contemplating or in the process of divorce in New Jersey and have questions the definition of alimony? Contact our experienced New Jersey alimony lawyers at Callagy Law today for a free consultation and case evaluation.