Are you in the divorce process and have children? Check out these 4 family law tips for guidance, then contact Callagy Law to get started. 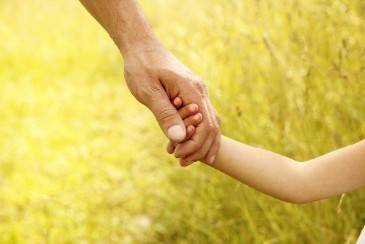 a client doesn’t control the money, they can be confused what to do. In that situation, the first thing they need to realize is that you don’t need necessarily to have control over the finances or a job or direct income to you to pay your legal fees or retain an attorney. A lot of times, courts are going to award attorney fee awards along the way to make sure that the marital income and assets is fairly utilized by both sides to have access to legal counsel. The first thing to just take a deep breath over is it’s not a question of not having access to have a lawyer. You unquestionably have access to a lawyer, and most attorneys like ourselves are going to give you a free consultation up front anyway to help you navigate through those situations to not only help you retain an attorney but to pay your bills regularly and continuously each and every day.

In New Jersey and other states, there’s a variety of different statutes that give you access to funds to pay your bills to maintain your lifestyle at some level as you’re going through this legal process. Your spouse cannot cut you off financially and not give you access to money to live your life as you go through this legal process. We’ll help you maintain the lifestyle that you have and create the money that you need to get your legal fees paid, whether it’s at the beginning or the end of the case. Don’t let that be something that keeps you from not making the phone call, because as soon as you’re aware that divorce is even potentially being contemplated, there’s a lot of things that you need to do to protect yourself.

A lot of times, people say that’s just what lawyers say because they just want to get involved to drive up legal fees. This is true. Sometimes lawyers do want to do that, but that’s not what we’re doing.

2) Possession Of Weapons In A Domestic Violence Dispute

In those cases, most likely, the victim will alert the police that the defendant has a weapon. The defendant may also be asked if they have any weapons. When the police go to the defendant’s home to either arrest the defendant or inquire about the domestic violence charge, they are given broad discretion to search the home for the weapons if not just turned over by the defendant.

Once the weapons are seized, it is, in most cases, unlikely that the weapons are going to be returned; however, they will be returned unless a domestic violence restraining order is issued, a crime involving the weapons occurred, or the court finds that there’s another reason to keep the weapons away from the defendant. Once the weapons are seized, the prosecutor has 45 days to determine whether or not they’re going to give the weapons back to the defendant. These weapons can include anything from hunting rifles and shotguns to handguns to even BB guns and pellet guns, even antique guns that may not even work, and in some cases, even some type of antique swords and knives. Any weapon that could be used to hurt or kill someone is basically considered a weapon and will be seized in these cases involving domestic violence. Again, unless a restraining order or a crime has been committed, restraining order’s been issued, or a crime is committed, or there’s another reason, the prosecutor should return the weapons to the defendant who shouldn’t even be a defendant anymore.

Cohabitation is defined as an intimate personal relationship in which the couple shares duties and privileges normally associated with a marriage or civil union. That is the legal definition. When cohabitation exists, a former spouse has the ability to seek a termination or suspension of alimony that’s being paid.

People often wonder how they can prove cohabitation. It’s not always an easy thing to prove. We look at things like social media. We will go on Facebook pages, and we’ll see if the couple is vacationing together, if they’re recognized in their social circles as a couple, if they’re at special events together. We will oftentimes hire a private investigator to conduct surveillance and go to a household and see if it’s a boyfriend that is mowing the lawn or doing repairs around the household or other kind of household chores that you would normally associate with a married couple or a civil union.

We’ll also look to intertwined finances. That takes a next step that has to go to the court process, but if they’re sharing expenses, if there’s a joint bank account, if a vehicle is registered at an address, we’ll look at those things to prove cohabitation. Importantly, cohabitation does not mean that they are living together. We do not have to show that they have a common household. It is not something that is critical in proving cohabitation that they are actually living together.

4) Should I Mediate My Family Law Issues?

Absolutely. You should mediate your family law issues, whether those are divorce issues or post-judgment issues. Mediation is an excellent way to reach resolution without spending a ton of money and without going to court a bunch of times and arguing left and right over every issue. Recently, I had a case, and it looked like it was heading towards litigation, and the parties were really far apart on every issue. They had financial issues, which involved real estate holdings, business interests, stock options, retirement accounts, and the parties could not see eye to eye on any of these issues. Early in the process, my adversary and I discussed going to mediation, and we selected a great mediator, and our clients agreed to go to mediation, and literally, within three sessions of mediation, we resolved the case. We resolved the entire case, which would have taken over a year and may have been a ten-fold in costs to litigate. The parties were able to come up with creative solutions with our help, of course, and the mediator’s help, which the court would’ve never ever implemented in a case such as this.

Mediation is great because the parties feel like they are part of the process. They’re negotiating. They’re in an environment where they can come up with solutions and throw out ideas and know it’s confidential. Those ideas and thoughts can’t be used against them. They reach resolutions that they decide, not a judge deciding. They decide this is the resolution, and what’s great about it is people all the time, way more often, are going to actually follow and comply what they agreed to rather than if a judge gives them a decision, and they want to appeal it, or they want to try to find a way around it. Mediation is great.

Are you or a loved one in the divorce process and have questions about our 4 family law tips? Contact an experienced family law attorney at Callagy Law today for a free consultation and case evaluation.