Several years ago, states began to pass laws aimed at protecting patients from “Surprise” out-of-network (OON) medical bills.  Effective January 1, 2022, the federal government passed its version of these patient protections, the No Surprises Act or NSA.  These laws seek to protect patients from receiving OON medical bills where the patient, through no decision of its own, was treated on an OON basis.   What does this mean for the intraoperative monitoring (IOM) provider?  As it turns out, it means a great deal.  Perhaps more than any other medical specialty, IOM providers are impacted profoundly by these laws. 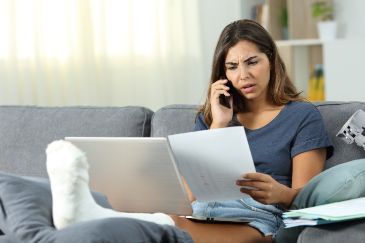 These laws, whether at the state level or the federal level, generally cover both emergency OON medical treatment and “inadvertent” OON medical treatment.  Emergency treatment is self-explanatory, but “inadvertent” is a little less obvious.  If an in-network surgeon schedules a procedure at an in-network facility, but the IOM provider is OON with the commercial carrier, the IOM claim qualifies as an inadvertent OON claim. This means patients are to be regarded as if they were seen in-network by the IOM provider, but the IOM provider can avail itself of the state or federal dispute resolution processes.  Which process will apply and what the reimbursement standard will be depend upon whether the plan is governed by state law or federal law, and whether the state where treatment occurred has its own “Surprise Medical Bill” law (SBML).  Because the overwhelming majority of hospitals and surgery centers are in-network with the large commercial carriers, and most IOM providers are not, an overwhelming proportion of IOM commercial claims will be impacted by these laws.  The IOM industry must be prepared.

It is critical, especially for IOM providers, to ask and answer the following:

These are not trivialities and some of these questions might need to be answered over time by the courts and regulators, but any IOM provider needs to answer these to the extent possible sooner rather than later.