Otto von Bismarck once said, “Laws are like sausages—it is better not to see them being made.”  This is certainly true of the passage of the No Surprises Act (NSA).  After years of reasoned debate about how best to protect patients from unforeseen out-of-network (OON) balance bills and how best to reimburse medical providers in such cases, the law was passed at the 11th hour, in an apparent slapdash compromise, that has provided the medical community with nothing but uncertainty. 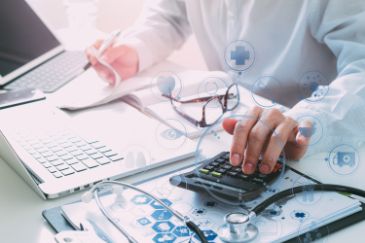 At the outset it is important to note that the NSA applies to not only emergency OON services, but also to “inadvertent” OON services, which occur when an ancillary OON service provider treats a patient at an in-network facility.  Many facilities, particularly hospitals, are in -network, while the great majority of intraoperative neuromonitoring (IONM) providers are OON.  The result is that the overwhelming majority of IONM claims against commercial insurance carriers will fall under the NSA and similar state laws.  The financial ramifications for IONM are thus extremely significant.  If the IONM provider is not prepared to defend itself in the context of the NSA and other “Surprise Medical Bill” laws the impact will be profound.  So, why and how is the IONM provider well-positioned and how can that be maximized?

The reimbursement provisions of the law provide that if a state has in place an All Payer Model Agreement (APMA) or, in the absence of an APMA, a “specified state law” governing reimbursement, those will serve as the standard applied in the federal forum.  If neither of those exist, then the Qualified Payment Amount or QPA becomes the standard, or at least one of several factors, which is based upon, among other things, each carrier’s median in-network rate.  For obvious reasons, the QPA will not be beneficial to the medical community, since it ipso facto takes OON providers and effectively makes them in-network at least for those particular claims, and places them in the middle of in-network rates, not even at the high end where, one would think, ER-service reimbursements would be placed.

The good news in this regard manifests itself in two ways.  The first is that many states do indeed have “Surprise Medical Bill” laws with specified reimbursement standards more generous than the QPA would appear to be.  For treatment in those states, the state reimbursement standard should be applied, even to those claims typically governed by federal law.  The second way is in the context of the QPA itself.  Since most IONM providers are OON, it remains to be seen how carriers will determine the “median in-network rate.”  How can you arrive at a median if there are no data points above or below that median?  It seems logical that some other source might be considered that depicts a “reasonable” reimbursement, which is the statutory language in the law without reference to a non-existent median.

Also, the NSA presents opportunities to aggregate claims from the same provider against the same payor that are similar.  IONM claims tend to be similar from patient to patient, involving the same four or five CPT codes.  This will enable claims that otherwise might be too small to pursue individually in arbitration to be bundled together in one large arbitration.

So, we can all agree that the NSA has all the appearances of a very unfriendly—perhaps even hostile–place for the medical community.  But, as Winston Churchill said, “If you are going through hell, keep going.”  So, as uncertain and as frustrating as the NSA appears to be, we need to proceed, fighting the best fight we can, and that includes IONM, which, of all medical specialties, seems to be in perhaps the best position to survive the NSA relatively unscathed, if the IONM provider is prepared.