Are you or a loved one in the divorce process and have questions about custody? Check out these 4 child custody tips, then give us a call.

1) Preparing For A Child Custody Trial 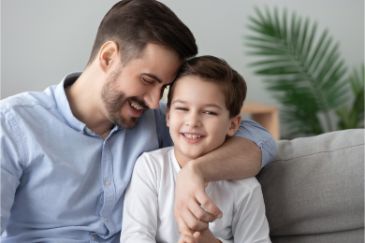 Let’s talk about preparing for a custody trial in New York. One of the most emotionally charged aspects of separating from your partner or your spouse concerns your child. Tragically, children are caught in the middle of parents who are battling things out, who are divorcing, who are separating, or who are no longer together. Now, we at Callagy Law are relentless in working to mitigate those negative impacts of separation on your children. We will work with you, guide you through your case, advise you of your rights regarding custody and other issues, and help you to ultimately meet the goals that you have regarding your children.

When you’re preparing for a custody trial in New York, there are certain things you may want to keep in mind. Before the trial begins, you should try to anticipate what the other party, typically the other parent, is going to be raising in support of their side to help you prepare for what you will be doing as part of the custody trial. You should also work closely with your lawyer in order to collect whatever the relevant evidence is that you intend to use in your custody case prior to going to trial. There are specific rules as to how you can obtain, and maintain, and use that evidence, so it is very important that you work with your attorney in making sure that’s all done correctly.

There is no requirement in New York that you use a guardian ad litem or a custody evaluator; however, some judges may order the use of some of those types of individuals in an effort to aid the judge’s decision regarding custody in that relevant case. However, in the event that does happen, you will want to certainly comply with whatever the judge orders. If the judge orders that you cooperate with one of these individuals, you certainly will want to do so. Also, depending on the circumstances in your case, you may want to think about hiring an expert of your own and to utilize their opinion, their report in aiding you in achieving the results that you’re looking to get in your custody trial.

Now, it’s also unlikely in New York that the court’s going to require that your child appear in the custody trial. Generally, the courts see it as a potentially traumatic experience for your child to have to appear in court itself. However, the are certain circumstances where the court may require that a private interview occur between the judge and the child which is called an in-camera interview. Those occurrences are less common and only really come up under certain circumstances.

Here at Callagy Law, we are family law attorneys who will aid you through your New York custody issues. We will ensure that your questions are answered. We will approach your case with the right balance of compassion, skill, and aggression in order to meet the goals and the needs that are most important to you. We look forward to working with you. Call us; make an appointment today. We will be your champions.

The next type of custody aside from legal custody is physical custody, and there is – that can either be joint or that can be sole again. Joint physical custody in New York, also referred to as shared physical custody, means that the parents usually split the custody of the child where the child is living just about equally, around 50/50. The other side of the coin is the sole physical custody, which means that one parents has the child living with them most of the time, and the other parent has time with the child pursuant to a visitation schedule. Here at Callagy Law, we are family law attorneys who will aid you through your New York custody issues. We will ensure to answer all of your questions. We will approach your case with the correct balance of skill, knowledge, compassion, and aggression where necessary so that your goals and needs can be met. Call us. Make an appointment today. We will be your champions.

Custody and parenting time issues in New Jersey are very sensitive and involve a lot of factors. One of those factors is the preference of the child when of sufficient age. However, that’s a floating scale because some children at age 12 or 13 may have sufficient reasons and are more mature than a 16-year-old who may say they want to live with dad because he lets them play X-box until four in the morning. Every case is specific, but the child’s preference is a factor.

Generally speaking, the older the child is, the more weight that that child’s preference will be given. Certainly, a six-year-old coming in and saying, “I want to live with mom or dad,” is not going to be given that much weight. Conversely, a 17-year-old who just got his or her license and is going into his or her senior year of high school and says, “I really want to live with mom or dad during the week, and then I’ll go see the other parent on the weekend,” is going to be given a lot of preference.

We always try to settle these cases first. We always try to work it out with the other side. If not, we try to go to mediation. As a policy, the court is going to refer this to mediation, so we try to skip going to court and go right to mediation, but sometimes people don’t want to respond. If we say our client wants more custody because the child prefers to be there and the other parent just ignores us, then we have to file the motion. The court may refer us to mediation. If mediation fails, we go to court. The court will set it down, most likely, for a hearing, again, taking the children’s preference as consideration. The older the child, the more mature the child, the more weight that child’s preference is given.

We are involved with these types of matters all the time. In fact, I have a case right now, that’s pending, where the high school-aged boy wants to live with mom full-time. He doesn’t get along with dad, has had some physical altercations with dad, and wants to go to a different high school, a private high school. We’ll see how that resolves itself. We’re fully willing to negotiate, fully willing to mediate, but we’re also very prepared to file the motion and have a hearing on this.

4) Why You Need a Child Custody Attorney

In New Jersey, child custody matters are complex. Complex cases require an attorney. It is virtually impossible for a person to represent themselves through the court system in a true custody case. If we’re talking about just negotiating a couple of days of parenting time here or there, people represent themselves all the time; but if it’s a true custody case, and there’s the welfare of the child at stake, there are going to be experts involved. They could be court-appointed experts or they could be experts who you individually retain. Our courts are guided by a statute that has a lot of factors, which deal with custody and parenting time, and those factors are very case-specific and they need to be addressed – the provable facts, along with our experts to those factors – and then presented to a court.
If you’re going to have a true custody case, you definitely want to be represented by an experienced attorney who has tried and dealt with custody cases.

Here at Callagy Law, all four of our attorneys have dealt with custody cases and tried custody cases for decades, and this is what we do. We deal with people’s needs, their desires regarding their custody and parenting time of their children, and we know the statute. We know how to resolve cases. First, we always try to resolve cases amicably, and, if we can’t, we know how to get these cases resolved through the court system.

Are you or a loved one in the divorce process and have questions about these 4 child custody tips? Contact an experienced New Jersey Family Law Attorneys at Callagy Law today for a free consultation and case evaluation.