When You Are Too Far Into The Divorce Process

Watch this video about being too far into the divorce process before hiring an attorney in New Jersey. Then call Callagy Law today.

What should I do if I’m too far into the divorce process before consulting a lawyer?

Too many times, I get retained by new clients who are too far into the process of divorce than they should be before coming to see me. Sometimes, they retain me shortly after the pleading different filings, and sometimes I’ve been retained literally weeks before trial. Recently, a good friend of mine asked me to represent a family member of his, and the case was over a year old, and it seemed as if my client had not been prepared at all for the process or even told what she should be looking for in her divorce. After we spoke, and after I got the file, I looked at the file, and it was a complete mess. Almost nothing had been done. A couple letters were exchanged, and the parties were really far apart in their settlement positions when they shouldn’t have been. 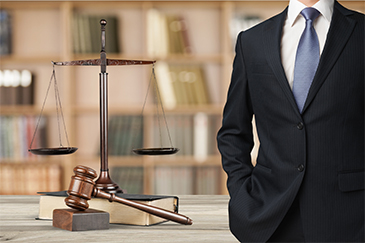 What I also saw is that my client had a lot of rights that were not being protected. She was due relief probably for about a year. What we did was we immediately filed a motion, and we were successful. The judge granted nearly each and every aspect of our motion, and that in and of itself changed the case. The case went from the defendant being totally unreasonable to taking a very reasonable position, and after that motion was decided, and after I sat down with opposing counsel, the case settled in three weeks. The parties were divorced in three weeks. The agreement was signed in those three weeks. So, it is important that from the get-go, if you are going through a divorce or even contemplating a divorce, that you speak to us.

You need to be advised, and you need to be prepared from pre-complaint all the way through the resolution of your case what to expect and how to aggressively and with a sense of urgency and caring address those issues so that you can be properly represented and reach the goals and achieve the goals that you want. Please, if you’re in this position, whether you’re contemplating or in the middle of a divorce, call us at 201-261-1700. Set up an appointment to discuss your case.

Are you or a loved one in the divorce process and have questions about what to do when you are too far into the divorce process? Contact an experienced family law attorney at Callagy Law today for a free consultation and case evaluation.