What You Should Think About Early on During a Divorce

Watch this video about what to consider early in your divorce in New Jersey. Then call Callagy Law for a free legal consultation.

What should I consider early on in the divorce process? 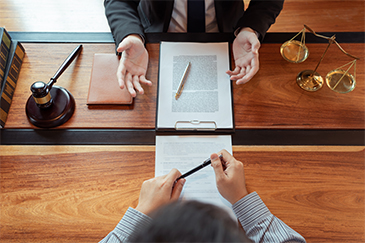 If you’re reading this, then you’ve either gotten a letter from us, heard about us somewhere, or found us online. The issue we’re here to discuss today is what people should think about very early on in the process of contemplating or facing a divorce. Divorce is an unfortunate and incredible difficult set of circumstances, and I don’t say that lightly. A couple things that people have to think about up front are the emotional dynamics that are involved and some of the very early on legal issues that need to be considered.

When people are in the early stages of this, emotions are flying high. Sometimes people make rash decisions without thinking about the consequences, obviously. I’m not talking about violent or outrageous behavior. I’m talking to just very simple practical things. The first thing I want to ask you about is the issue of precedence in the divorce process. Let’s say you’re getting divorced in Bergen County. It’s early on in the process. At this stage, you have to be very mindful of how you act and what you do, including your living arrangements. You also, of course, need to consider the children, if there are children involved, and also their spending habits and how that may be viewed subsequently by a court or even in a settlement process as creating a precedent for their divorce issues.

People often wonder, too, if moving out of the house is going to have potential significant consequences. In some cases that may be okay, but in some cases that may not be okay at all because it will inevitably impact not only on the finances because people may still have to pay for a house that they moved out of, but it will most likely affect their custody and parenting time arrangements with their children. The other side, the person still living in the house could easily say you abandoned the children, or you’re not seeing the children as much, and use that against you when you were only trying to make peace.

Getting legal advice early on is critical in terms of living arrangements, spending habits, how things are going on with the children, etc. In addition, if you’re being in some way, shape, or form subjected to unreasonable behavior, or being accused of engaging in unreasonable behavior, it is important early on to document, protect yourself from or against false accusations.

Not getting the right advice can dramatically impacted the next seven, eight, ten years of your life and your relationship with your kids. It’s critically important that your lawyer has an emotional connection or understands the emotional side of the process. You are is going to be going through one of the most traumatic, emotional experiences of your life through the divorce process. If your lawyer doesn’t know how to appreciate that, and isn’t appropriately empathetic with that, then the lawyer’s doing you a disservice.

If you are considering divorce, move forward cautiously, and with the right advice. It’s part of a lawyer’s role to understand those emotions, and be able to help you get through those emotions and not make the wrong decision to try and be overly aggressive or take an unreasonable position. You want to vent that anger out in a litigation context, which is only going to hurt your case.

It’s also important to understand during divorce that, sometimes, judges move their calendar or try to move their calendar based on efficiency and speed. The judge is trying to do the best job they conceivably can. Oftentimes, people think the judges care about who’s good and who’s bad. Judges try to be caring in their cases. They really do. They have so many cases, however, and they see so many things. They have to go by a set of rules. Their focus, of course, is on the children and making sure that the custody and parenting time arrangements are right. After that, they are focused on the numbers, and the support, and the equitable distribution of assets and debts. They have to apply a set of rules regardless of whether they think someone is the good guy or the bad guy.

In most cases where it is acrimonious, both parties are saying bad things about the other. Most of it is irrelevant to what the judge has to decide.

We have to differentiate that situation where parties are full of legitimate emotion and have different perspectives and realities on what’s occurred from a situation where let’s say somebody’s a narcissist involved. By a narcissist, we mean somebody who takes no accountability, no responsibility, literally has no empathy, and has a legitimate borderline personality type disorder. In that case, the job for the attorneys becomes a little different because that person is incredibly manipulative to try to turn the system against the person who’s the honest merchant looking to get it done.

In that context, we’re trying to get people through that process to get to a conclusion while not making it look like our client is the person complaining.

If you’re responding to the wrong, it’s like in a sports game. It’s the person who does the second shove, a lot of times, that gets the penalty flag thrown. You don’t want the judge to perceive you as the person who’s shoving back and not seeing the first shove.

If you’re in the middle of considering a divorce, or facing a potential divorce, or a complaint’s been filed against you, we’re happy to have a free consultation, sit down, and talk with you. We’re Callagy Law. Our number’s 201-261-1700. We’d be happy to help answer any questions.

Our goal is to be more caring, urgent, and aggressive to fundamentally change the way people feel about attorneys one client at a time. We hope that this has helped you. If you need some more help, give us a call.

Are you or a loved one in the divorce process and have questions about what you should think about early on during a divorce? Contact an experienced family law attorney at Callagy Law today for a free consultation and case evaluation.