Are you in the divorce process and have questions about life after a custody order? Contact our Callagy Law attorneys to get started today. 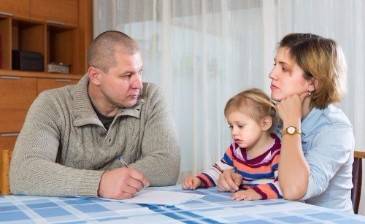 The short answer to any of those questions is grandparents don’t have independent rights to visit their grandchildren and certainly not independent custody rights to their grandchildren. The only time or the only situation where you might have a grandparent assume custody or be granted guardianship over a grandchild is if both parents in some way aren’t able to care for their children, where there’s drug or alcohol issues or there’s incarceration issues, and they’re really looking to the next of kin to care for those children. Grandparents sometimes come into that.

Custody has two components. There is a legal aspect of it and there’s a residential aspect of it. The legal aspect is the joint and sole custody, and that’s the legal decision-making authority with regard to the health, education and welfare of the children. The residential aspect of it is how much time you’re actually physically spending with the children. When we’re talking about custody, it gets divided up between those two things and the court has to consider different things on both of those equations.

On a residential side, an actual physical part of being with the children, the court is going to look at what’s in the best interest of the children, how often parents are working these issues out. How close do they live to each other? Can we get a 50/50 schedule, where we’re seeing the kids equal time? Geographically, we can make that work and that’s in the children’s best interest. Again, that goes to if the parents can get along. Are we going to be able to communicate and make things work to have a 50/50 schedule, or is it more of a traditional alternate weekends and a couple dinner visits during the week? Is that really what’s in the children’s best interest?

Ultimately, of the statutory factors that a court has to consider in custody, both legal and residential, it’s going to come down to what’s in the children’s best interest.

Your Right to Parenting Time

My heart goes out to those people where they’re not allowed to see their children, and we try to rectify that right away. There’s nothing more important than a relationship between children and their parents, and we try and protect that at all costs.

Are you or a loved one in the divorce process and have questions about life after a custody order? Contact an experienced family law attorney at Callagy Law today for a free consultation and case evaluation.