Are you in the process of divorce and have questions about life after filing for alimony? Contact our Callagy Law attorneys to get started. 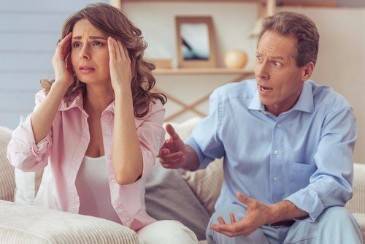 Alimony in New Jersey is also called spousal support. It is awarded or agreed upon, hopefully, in most cases. It is awarded to the spouse that needs support. If we are representing a client who has traditionally been either a stay-at-home mom or the person just earning less money than the other spouse, it is likely going to be an alimony case.

Alimony is subject to a number of factors, pursuant to our statute, the three most prevalent of which are the needs of the supported spouse, the ability to pay of the supporting spouse, and the lifestyle of the parties during their marriage. The courts try to and our law tries to put both spouses in as close to a marital lifestyle as possible, given the economic circumstances. It is unlikely, in most cases, that both parties can have the exact same marital lifestyle because now we’re talking about the same pot of money being split up between two households. The goal is to put both parties in as close to that position as possible.

Alimony is an issue in the vast majority of cases we deal with. Alimony is an issue, sometimes, that’s disposed of quickly by agreement; sometimes alimony is not warranted. The big considerations of alimony are, certainly, how much and for how long. There are factors that can get complicated, especially if income of the parties is in question.

If you’re not receiving the alimony and you’ve tried to negotiate and be reasonable with your spouse about paying the alimony and you’re still not receiving it, then you need to file an application with the court to enforce the obligation. You have a legal right and you’re entitled to receive that full amount of alimony. Unless and until the former spouse can prove to a court that they can no longer pay it and the circumstances beyond their control, you have a right to receive that.

These are fact-specific cases that require us to do an analysis, but alimony itself is based upon the marital standard of living. That marital standard of living is based upon everything that the couple did and earned. If at some point in time, either during divorce litigation or after litigation is over, a spouse voluntarily decides to reduce their hours or stops working or takes a job making less money, that decision is not going to give them a right to seek more alimony or to pay less alimony. Anytime a litigant makes a voluntary choice, a court is going to say, “You can do that, but I’m not going to give you the benefit of that choice, by either reducing the alimony obligation or increasing it for your benefit.” Again, the key here is fact-specific. Is it voluntary, somebody deciding not to work? If so, they’re not going to get the benefit of that decision by getting more alimony or paying less alimony.

Are you contemplating or in the process of divorce in New Jersey and have questions about life after filing for alimony? Contact our experienced New Jersey alimony lawyers at Callagy Law today for a free consultation and case evaluation.