Are you going through a divorce and have children? Read these 4 things to learn about your custody claim, then call our New Jersey attorneys. 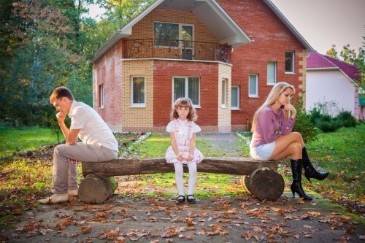 Oftentimes we’ll have cases which involve grandparents. The short answer to any of those questions is grandparents don’t have independent rights to visit their grandchildren and certainly not independent custody rights to their grandchildren. The only time or the only situation where you might have a grandparent assume custody or be granted guardianship over a grandchild is if both parents in some way aren’t able to care for their children, where there’s drug or alcohol issues or there’s incarceration issues, and they’re really looking to the next of kin to care for those children. Grandparents sometimes come into that.

It’s important that they are detailed because children need structure, especially in this transition. They want to know where they’re going to be on Wednesdays or where they’re going to be on Sundays, and the parents need to know. The parents need to be able to go to a written agreement to say, well, no, this is my year to have the first choice of summer vacation, and this is my year to have Thanksgiving. We’re spelling all of that out in a parenting time schedule. We look at the history of the marriage, where they spent Thanksgiving with somebody’s family, where they celebrate Christmas Eve/Christmas Day, what other holidays are important to them, and we divide that up fairly. We make sure that the kids get both families on holidays and special occasions, and that they spend a fair amount of time with both parents to make sure that the relationship with both parents remains strong, meaningful and loving.

Parenting time schedules are important. There’s a lot that goes into them.

Your Right to Parenting Time

Oftentimes, clients come in who have children and aren’t allowed to see those children. A lot of times a client comes in and say, “My former spouse is refusing to allow me to have parenting time with my kid. What should I do?” That’s an unfortunate situation. My heart goes out to those people where they’re not allowed to see their children, and we try to rectify that right away. There’s nothing more important than a relationship between children and their parents, and we try and protect that at all costs.

Are you or a loved one in the divorce process and have questions about child custody? After checking out these 4 things to learn about your custody claim, contact an experienced family law attorney at Callagy Law today for a free consultation and case evaluation.