Just when you thought you understood the world of Commercial Insurance medical revenue recovery, along comes the state “Surprise Medical Bill” laws (SMBL’s) and the Federal No Surprises Act (NSA) to add to the complexity. 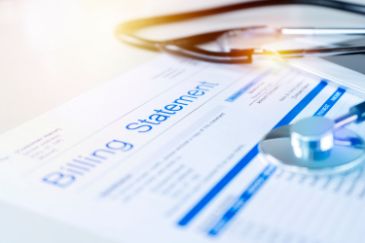 Several years ago, states began to pass laws aimed at protecting patients from “Surprise” out-of-network (OON) medical bills.  These “Surprise” bills would arise where patients were taken to an OON facility or were seen by an OON medical practitioner in the context of emergency care.  They would also arise in a non-emergent context, so-called “inadvertent” OON services, where a patient is seen by an OON ancillary medical provider, such as an anesthesiologist, at an in-network facility.  Whether the circumstances are emergent or inadvertent, the patient was seen by an OON medical provider through no decision of the patient.  Under these laws, the patient is protected because the patient is required to be billed as if they were seen on an in-network basis.

So, where does that leave the OON medical provider?

Historically, the provider, under the patient’s health plan, usually had recourse against the patient for amounts not paid by the carrier.  Not so after the effective date of these laws.  The plan’s reimbursement provisions are replaced by these laws and so any payment dispute resolution would center on whether the provider was paid properly under the law, not in relation to the plan’s OON reimbursement provisions.  The provider’s recourse is now against the carrier alone and if there is a payment dispute between them, it can be resolved through a judicial process or, as in most cases, an arbitration process.   Since the processes in effect at the state level vary from state to state, and each of those varies from the federal process, it is critical to know which forum will be the forum entertaining the dispute.

First, it is important to understand not all states have their own SMBL’s.  In the states without an SMBL payment, as mentioned above, was governed by the state-regulated health plan, typically fully insured, and payment disputes were resolved in the forum–regulatory or judicial–provided by the state for these disputes.  In those states with SMBL’s a new arbitration forum was typically established to resolve disputes under these state-regulated plans for emergent and inadvertent OON treatment.  Some states passed such laws without creating an arbitration process, which left the judicial arena as the forum for dispute resolution.  In either case, these laws only affected state-regulated plans written in that state, which generally would include fully insured plans from that state and state employees, which are state-regulated self-funded plans.  These laws had no effect on out-of-state (OOS) plans or federally regulated plans, such as large employer plans and union plans governed by ERISA.

So, how does the federal law interact with these state laws?

It is therefore critical at the outset of receiving any commercial EOB where the treatment was OON emergent or OON inadvertent services to know the employer and the plan’s origination.  It is also critical to know whether your state has its own SBML.  These will determine the forum governing your interaction with the carrier and the process for resolving any payment dispute.

In sum, understanding the following general statements is essential:

We will keep you posted.