What is ERISA and how can it help medical providers get paid? 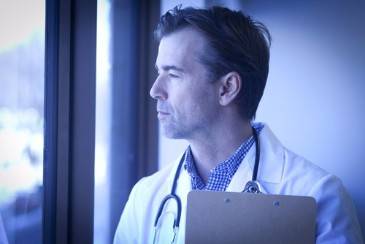 Okay, a lot of medical providers ask me about ERISA. ERISA is the federal law that governs the reimbursement under plans that are – and I’m going to be a little broad here – strictly self-funded plans. What are self-funded plans? Well, self-funded plans – think in terms of big corporate America, so the Amazons of the world, the Walmarts of the world. When they give their employee a health plan, they don’t do it like smaller companies like Callagy Law. When Callagy Law gives their employees a health insurance plan, the health insurer not only funds the healthcare but they also administer the healthcare process. At the federal level or at the bigger corporate level, they fund their own plans. I’m Coca-Cola; I take a billion dollars and I throw it in an account and I call it the Coca-Cola Employee Health Benefit plan. I hire perhaps Aetna just to administer the plan, so I save a bunch of money by only paying Aetna to administer it and because I’m funding it, I’m going to save a bunch of money because the Aetnas of the world make money on the funding as well as the administration. The self-funded plan is what is governed by ERISA. Now there are certain state employee plans that – like the state – the teachers and all that stuff in New Jersey, employee groups like that, those are self-funded plans, but those are not regulated by ERISA; those are regulated by the state because they’re state employees. ERISA is the federal legislation. Just an interesting aside, the reason ERISA was passed, if you can think back when the mob controlled pension plans for unions and if I’m a corporation and I have had a big pension fund and all of a sudden, I hit some hard times, I might invade those funds for my own benefit. Well, ERISA was passed really to protect pension funds and they decided hey, cause a lot of employers also provide healthcare funds, let’s regulate that as well. The federal law was aimed at protecting the employee world from corporate or union invasions of their pension and health benefit funds so that they wouldn’t have a detrimental effect on the employees when the employer and the union felt like taking some money from their retirees or current employees.

Do you have questions about how ERISA helps medical providers? Contact experienced New Jersey Medical Revenue Recovery Attorneys at Callagy Law today for a free legal consultation and case evaluation.