I woke up this morning and put today’s blog together.

Then, I am embarrassed to admit, I remembered it was Veteran’s Day.

I’m embarrassed because I think that is the first thing I should have been thinking about when I awoke.

I was listening to Mike and Mike on ESPN Radio this morning in the background.  The thinner Mike said something to the effect of, “How do you thank people who are responsible for everything that you have?”

It certainly made me stop and think.

I thought of my own family first.

My great-great Uncle, James Vincent Lancellotti, Nonnie’s uncle, was one of approximately 19,000 casualties in the Battle of the Bulge during World War II.

My Step Grandfather on my Dad’s side, Joseph Brogan, also served in World War II. During some of his service, he was in Germany. He used to show me a picture of Adolph Hitler he took out of a house in Germany towards the end of the War.

Take your vision of World War II off of your television for a moment and imagine walking house to house in Germany?

Imagine lying in the snow with no gloves, wet and freezing fighting in the Revolutionary War asking yourself, “Am I crazy? How can we possibly defeat the greatest military force on Earth? What am I doing out here?”

Then, picking up your weapon, and going forward the next day any way because you believe in the vision of what this country could be that much.

Or how about lying in a river bank with bugs, parasites, leeches and worms crawling all over you in Vietnam?

How would it feel to not shower for 40 days while on desert maneuvers in Iraq like an officer buddy of mine told me about in law school?

It might make one think about the Monday morning commute slightly differently.

When I used to talk to Grandpa Joe, he would always speak with great pride about the sacrifice so many men, women and their families made during World War II.

He loved America with all his heart.

At some level, he also felt it was all more forgotten than it should be.

Just a little bit, he thought America took what so many gave and kept speeding on down the high way.

It wasn’t a movie, a memory or a dream.

In World War II, hundreds of thousands of Americans gave their life to stop one of the most evil forces to ever walk the Earth.  A force, that intended to rule, change and destroy the world in a very real and very clear way.

Carpenters, plumbers, doctors, nurses, secretaries, lawyers, teachers, coaches, factory workers, electricians, police officers, mothers, fathers and every other type of person you can think about came together as one to literally save America and the world.

Here is a picture of a great mom that works for us right now, Kay Busby: 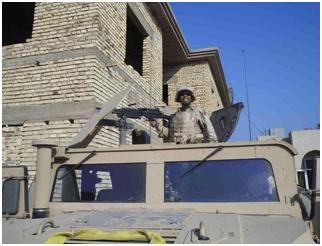 That is just a picture of Kay from a typical day at the office during her military career.

And what was I worried or concerned about doing on this Monday morning?

I also thought that we can easily forget how many people have made the ultimate sacrifice for our nation.

So, for some perspective, here are the numbers of sacrifices just with their lives, not even mentioning the much greater number of those that survived and carried their physical and mental scars back home, that  American men, women and families have made:

We lost more people in the Philippine-American War than in 9-11.

Most people don’t even know what that war was.

When I was in law school, I coached junior football for 7th and 8th graders with some of my buddies from high school.

I coached with a dad named Ron Griffin. His son Kyle played on the team.

Throughout Kyle’s high school years I would bump into Ron, exchange small talk and ask how Kyle was doing.

I remember after Kyle’s senior year at Emerson, Ron telling me Kyle was joining the army.

I remember congratulating him and feeling, and appreciating, his fatherly pride.

Maybe a year or so later, I got a call from my friend Roy, who I coached Kyle with, asking me if I had heard about Kyle.

I remember feeling stunned, sick and then immediately thinking of Ron, his father. 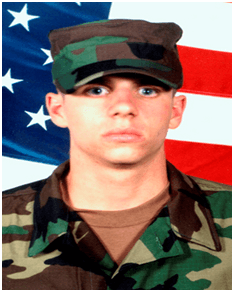 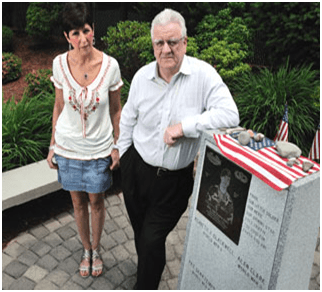 I remember thinking about him as a little boy running around the field.

I also remember thinking about the indescribable pain Ron, and their entire family, had to be, and would always be from that day forward, feeling.

As a parent, how do you even begin to process it all?

On a day like today, we have millions of people to thank for our freedom and way of life.

Every single person lost was a son or a daughter of someone.

Many were also mothers and fathers as well.

Thank you all, including all of those that gave your sons, daughters, mothers and fathers for my freedom on this day.

My thoughts and prayers are with you on this day.

To everyone out there, I hope you embrace your freedom, use it wisely and enjoy your day for those that gave up their future days so we can have this one!

A lot of family feedback came my way today.

I learned a lot more about family history related to Veteran’s Day.

In addition to thanking all Veteran’s, I learned of the following today:

Ambrose Callagy, my paternal great uncle, was killed at the battle of Anzio while attempting to parachute in behind enemy lines in Italy. My dad never got to meet his Uncle Ambrose.

Fosten Callagy: another paternal great Uncle, served as part of a tank crew in Patton’s Army and saw action in North Africa and Europe.

Grandma (Mae) Walsh, my paternal great grandmother, worked during the First World War in a factory in Jersey City that made ammo for our Armed Forces.

In addition, my maternal great Uncle Harold Bastek, who is buried in a cemetery in Normandy France, was killed on July 4, 1944 serving in World War II.

I would be remiss not to list these family members were also given to our great nation.