What Are The Types of Child Custody?

Watch this video about the different types of child custody in New Jersey. Then call Callagy Law for a free legal consultation.

What are the types of child custody? 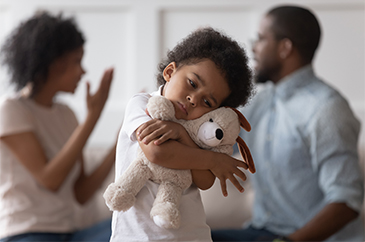 The next type of custody aside from legal custody is physical custody, and there is – that can either be joint or that can be sole again. Joint physical custody in New York, also referred to as shared physical custody, means that the parents usually split the custody of the child where the child is living just about equally, around 50/50. The other side of the coin is the sole physical custody, which means that one parents has the child living with them most of the time, and the other parent has time with the child pursuant to a visitation schedule. Here at Callagy Law, we are family law attorneys who will aid you through your New York custody issues. We will ensure to answer all of your questions. We will approach your case with the correct balance of skill, knowledge, compassion, and aggression where necessary so that your goals and needs can be met. Call us. Make an appointment today. We will be your champions.

Are you or a loved one in the divorce process and are wondering “What are the types of child custody?” Contact an experienced family law attorney at Callagy Law today for a free consultation and case evaluation.