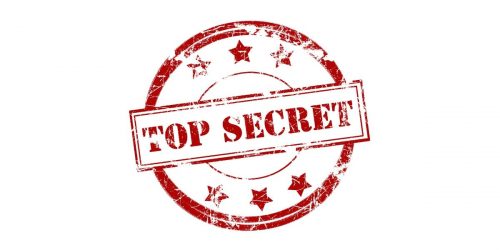 Many businesses live and die based on their ability to protect the secrecy of their processes or methods, and it isn’t difficult to understand why. Everyone knows that it is important to protect the “secret to your success.”

But what is a trade secret? How do you protect it? Under Arizona law, a trade secret is a formula, pattern, or process that is not generally known or readily ascertainable to others in that industry which derives independent economic value because it is secret and is subject to reasonable efforts to maintain its secrecy.

Let’s break that down. I can think of no better way to do that than strolling through a chocolate factory. Willy Wonka’s chocolate factory, to be precise. Roald Dahl’s classic tale actually presents us with a nearly ideal illustration of trade secrets and how to protect them. Just don’t turn into a blueberry along the way.

For something to qualify as a trade secret, it must be a formula, pattern, or process. There must be a method that you are using to yield a result. This could be the formula for a soft drink, the code for a particular software program, or any other innumerable things that your business might be creating. It is more than raw data or technical knowledge; there must be some advancement from the basic information.

Willy Wonka made chocolate treats, just like other chocolatiers. But his unique process made his treats more delicious than anyone else’s. Even though anyone could determine Wonka’s ingredients (by, for example, reading the label), the formula and process for measuring, mixing, and combining the ingredients of a Wonka bar are different.

It isn’t enough to have a formula, pattern, or process. It has to actually be a “secret” process. That is, it must not be generally known or readily ascertainable (through proper means) by someone who works in that industry. A carpenter who crafts a chair likely does not have a trade secret in the process of creating the chair. Another carpenter would likely be able to look at the chair and readily determine who it is manufactured. There must be something unique in that process that others don’t generally think about or do not know of.

Consider Wonka’s chocolate. Why were his chocolates better than the others? Well, for one thing, he had a chocolate waterfall to mix the chocolate. Was this process “generally known” or “readily ascertainable”? Of course not! It was unique! Inventive! Magical!

Now, you don’t have to use a waterfall to have a secret process, but I’m sure you understand my point. There needs to be something unique that others don’t know about for your process to be considered secret.

Just because you have a secret process or formula does not mean that you have a protectable trade secret. Your trade secret must also have independent economic value because it is secret. It must be something that gives you an edge, contributes value to your product. It must also be something that would lose its value if everyone knew how you do it.

If everyone knew how to create an Everlasting Gobstopper, then that secret process would lose its value. Part of what makes it so important and special is that no one else knows about it. The secret has independent economic valuable. That is why you may not be able to protect grandma’s secret pie recipe (which may be delicious but not necessarily have independent economic value) but you can protect the critical secret formula that makes your product unique and, thus, valuable.

You might have guessed this last one, but your trade secret must actually be kept secret. To have legal protection for your trade secret under Arizona law, you must take reasonable efforts to protect its secrecy. Note that you don’t have to go to extremes. Your efforts need only be reasonable under the circumstances.

Wonka closed his factory and wouldn’t let anyone in, so that his secrets would be protected. Perhaps this was a bit extreme, but again, it illustrates the point. If Wonka had published his formula in a newspaper, he clearly would not be taking reasonable efforts to preserve secrecy. Securing it in a safe, however, might be considered sufficiently reasonable. Even having policies in place in your business, such as employee confidentiality agreements, can be reasonable steps to preserve a trade secret.

If your business has a secret formula, pattern, or process that meets these criteria, then you probably have a trade secret. You need to take steps to protect the value of that process by keeping it secret. Fortunately, Arizona law supports and protects your trade secrets too, as long as you do your part to preserve its value and secrecy. In summing up, let me leave you with no doubt as to my nerd bona fides by quoting Gandalf from The Lord of the Rings: “Keep it secret. Keep it safe.” (And contact the business law team at Callagy Law.)

About This Author - Brian Williamson

A California native, Brian Williamson relocated to the Valley of the Sun in 2010. In no time at all, he fell in love with Arizona’s verdant deserts, forested mountains, and cool lakes. Like many in the Phoenix area, he is thrilled to be living this southwestern paradise. Brian is an accomplished litigator with more than fifty (50) civil trials under his belt. In addition to championing his clients in the…...