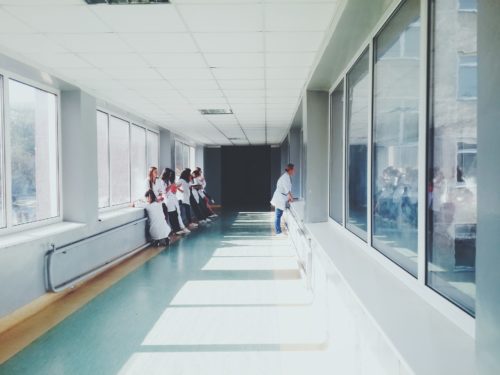 On January 4, 2013, the Hospital Outpatient Surgical Facility Fee Schedule (HOSF) became effective. It was long anticipated by hospitals in New Jersey because it had been talked about for many years, but had never been promulgated. Mixed feelings usually accompany passage of something like a fee schedule because it provides mixed blessings. It affords a certain level of predictability, but might result in reimbursements that could be relatively low. The hope, of course, is that a fee schedule will bring predictability and fairness, but that is not always the case. The early payments being made by carriers, supposedly pursuant to the HOSF, reveal that the HOSF could be a source of ongoing controversy between carriers and hospitals. The following example illustrates the point: A wrist arthroscopy procedure is performed and is billed as Code 29847, payable under the HOSF at $13,154.68. Under the PIP regulations, this reimbursement amount includes the ancillary codes associated with the procedure. According to the regulations, the hospital can be reimbursed this amount, but not any amounts for the labs, pharmaceuticals, and other ancillary services. At the same time, the regulations state that the medical provider is paid the lesser of what it bills and the amount allowed under the relevant fee schedule. So, if the hospital bills less than the $13,154.68 shown above, it will be reimbursed the lesser billed amount. The hospital bills the 29847 surgical code at $6,000, and, consistent with its normal practice, as well as federal, state and industry guidelines, bills the ancillary services separately, with a total billed amount of $14,000 for the procedure and all the ancillary services that go with it. The carrier reimburses the hospital $6,000. How and did this happen? It happened because the carrier availed themselves of the hospital’s practice of billing all the ancillary codes separately from the surgical code charge. As a result, the carrier claims the hospital is entitled to only the lesser of the billed amount for the surgery code and the HOSF amount. Because $6,000 is less than $13,154.68, the carrier takes the position $6,000 is the proper reimbursement. We disagree; as does the hospital. The carrier is not making an apples-to-apples comparison. The carrier compares a bundled surgery code ($13,154.68) with the unbundled billed surgical code ($6,000). The correct and only fair approach is comparing the bundled surgery code amount of $13,154.68 with $14,000, which is the amount the surgery code would be billed if it too included all of the ancillary charges. In the above example, we believe the carrier should have reimbursed the hospital $13,154.68, not $6,000. Carriers will continue to pay in this inappropriate manner unless and until we can stop them by winning in arbitration. Winning these battles before arbitrators is not a foregone conclusion. Hospitals should consider how they are performing their billing for these types of claims and whether they should be including all of the ancillary charges in the surgical code charge. In the interim, we will be working to convince arbitrators that hospitals cannot bill the way the regulations are suggesting they do! For more information please visit: www.callagylaw.com www.callagycounsel.com You may also be interested in reading our latest blog posts!

You Remind Me of Superman: Be a Leader, Not a Boss