Are you in the divorce process and have questions about child custody case expectations? Read this article, then contact Callagy Law today. 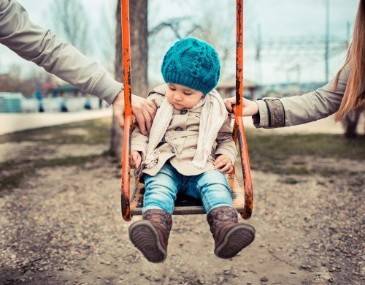 Grandparents don’t have independent rights to visit their grandchildren and certainly not independent custody rights to their grandchildren. The only time or the only situation where you might have a grandparent assume custody or be granted guardianship over a grandchild is if both parents in some way aren’t able to care for their children, where there’s drug or alcohol issues or there’s incarceration issues, and they’re really looking to the next of kin to care for those children. Grandparents sometimes come into that.

In New Jersey, there is no preference whatsoever between mother and father in child custody cases. All of our statutes are gender-neutral. It is the court’s and the state’s public policy that both parents are treated exactly equal, but obviously every custody case is case-specific.

If we have a 13-year-old child and mom has done everything for this child, including raising the child, bathing the child since he or she was a baby, taking care of all of the schoolwork, all of the extracurriculars, and dad was never home, then, of course, mom, in that case, would have a greater likelihood of having residential custody. That doesn’t mean that dad was uninvolved voluntarily, however, and dad may be more in the child’s life.

In general, there is zero preference based upon gender as it comes to deciding custody and parenting time. In fact, the courts have in the last couple of decades moved from favoring mom as custodial parent to considering each parent perfectly equal in the eyes of the court.

It’s important that they are detailed because children need structure, especially in this transition. They want to know where they’re going to be on Wednesdays or where they’re going to be on Sundays, and the parents need to know. The parents need to be able to go to a written agreement to say, well, no, this is my year to have the first choice of summer vacation, and this is my year to have Thanksgiving. We’re spelling all of that out in a parenting time schedule. We look at the history of the marriage, where they spent Thanksgiving with somebody’s family, where they celebrate Christmas Eve/Christmas Day, what other holidays are important to them, and we divide that up fairly. We make sure that the kids get both families on holidays and special occasions, and that they spend a fair amount of time with both parents to make sure that the relationship with both parents remains strong, meaningful and loving.

Parenting time schedules are important. There’s a lot that goes into them.

Custody has two components. There is a legal aspect of it and there’s a residential aspect of it. The legal aspect is the joint and sole custody, and that’s the legal decision-making authority with regard to the health, education and welfare of the children. The residential aspect of it is how much time you’re actually physically spending with the children. When we’re talking about custody, it gets divided up between those two things and the court has to consider different things on both of those equations.

On a residential side, an actual physical part of being with the children, the court is going to look at what’s in the best interest of the children, how often parents are working these issues out. How close do they live to each other? Can we get a 50/50 schedule, where we’re seeing the kids equal time? Geographically, we can make that work and that’s in the children’s best interest. Again, that goes to if the parents can get along. Are we going to be able to communicate and make things work to have a 50/50 schedule, or is it more of a traditional alternate weekends and a couple dinner visits during the week? Is that really what’s in the children’s best interest?

Ultimately, of the statutory factors that a court has to consider in custody, both legal and residential, it’s going to come down to what’s in the children’s best interest.

Are you or a loved one in the divorce process and have questions about these child custody case expectations? Contact an experienced family law attorney at Callagy Law today for a free consultation and case evaluation.