Are you and your ex fighting for custody? Here’s what you need to do: read this article for guidance, then contact our Callagy Law attorneys. 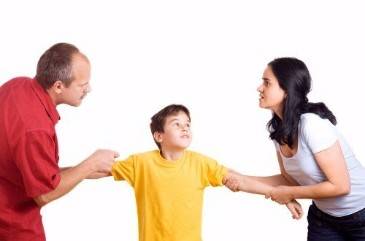 Grandparents don’t have independent rights to visit their grandchildren and certainly not independent custody rights to their grandchildren. The only time or the only situation where you might have a grandparent assume custody or be granted guardianship over a grandchild is if both parents in some way aren’t able to care for their children, where there’s drug or alcohol issues or there’s incarceration issues, and they’re really looking to the next of kin to care for those children. Grandparents sometimes come into that.

There’s nothing more important than a relationship between children and their parents, and we try and protect that at all costs.

Why You Need a Lawyer

In New Jersey, child custody matters are complex. Complex cases require an attorney. It is virtually impossible for a person to represent themselves through the court system in a true custody case. If we’re talking about just negotiating a couple of days of parenting time here or there, people represent themselves all the time; but if it’s a true custody case, and there’s the welfare of the child at stake, there are going to be experts involved. They could be court-appointed experts or they could be experts who you individually retain. Our courts are guided by a statute that has a lot of factors, which deal with custody and parenting time, and those factors are very case-specific and they need to be addressed – the provable facts, along with our experts to those factors – and then presented to a court. If you’re going to have a true custody case, you definitely want to be represented by an experienced attorney who has tried and dealt with custody cases.

Are you or a loved one in the divorce process and have questions about fighting for custody? Here’s what you need to do: contact an experienced family law attorney at Callagy Law today for a free consultation and case evaluation.