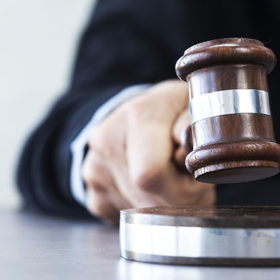 What was the case about?

The Texas Medical Association (TMA) filed a lawsuit challenging specific portions of the interagency interim final rules (the Rules). Specifically, TMA argued that the effective rebuttable presumption put in place the by the Rules by giving “outsized weight” to a single statutory factor, the Qualified Payment Amount (QPA), conflicted with the actual language of the No Surprises Act.

The court agreed with TMA’s argument that these portions of the Rules exceeded their authority by creating a rebuttable presumption that was not in the No Surprises Act. In reaching this decision, the court reasoned that the Rule “places its thumb on the scale for the QPA, requiring arbitrators to presume the correctness of the QPA,” but the Act itself does not provide for greater weight to be given to the QPA. The court goes on to state that “[b]ecause the Rule ‘rewrites clear statutory terms,’ it must be ‘h[e]ld unlawful and set aside’ on this basis alone,” and then determine that the only appropriate recourse was to vacate the portions of the Rule that created the rebuttable presumption.

What does this mean moving forward?

This is the first real win for medical providers since the No Surprises Act came out, but it remains to be seen how this will truly play out. As claims proceed to the independent dispute resolution process, the Arbitrators are no longer permitted to weigh any of the statutory factors unevenly, however, no real guidance has been provided for how the Arbitrators will select between the proposed amounts. While this could result in higher payments to medical providers from IDR, it will also likely lead to varying analyses and results leaving it far more difficult to predict outcomes.
Another possible result is that this could result in more challenges to the Rules across the country which would open the door to potential conflicting decisions and more confusion for all parties involved.
While it is unclear exactly where this ruling will take the Rules, it is certain that this is just the beginning of what will be a long winding road of implementing the No Surprises Act.