Are you considering going to family court? Don’t make these mistakes and ruin your claim. Give our New Jersey lawyers a call to get started. 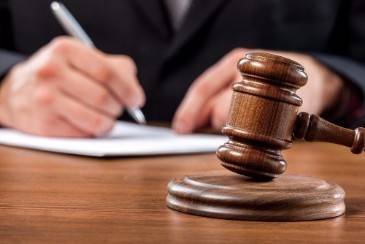 We at Callagy Law have a tremendous family law department; in fact, a law firm merged into us with two certified matrimonial attorneys plus other team members. This team is caring, urgent, aggressive, and ready to make it happen.

A couple of things you have to think about in the context of family law and divorce. First of all, nobody wants to be going through it. If you’re going through that process, one of the most important things for you is that the empathy and emotional rapport connection you’re going to have with your lawyers. If you’re not feeling that vibe and that connection with your lawyer, you’re in the wrong place because it’s going to be a long, hard, painful, complicated road. That’s why we talk about caring.

Second: fee structure. When clients are operating in the family law context, one of the greatest complaints that people have is how much things cost. There are some things to think about when you’re dealing with cost. The first thing to think about is taking reasonable positions. There’s a lot of family law attorneys that take these hyper-aggressive, totally unjust, and crazy positions. They think that’s the way to help their clients and it’s not the way to help your client.

The way that we like to litigate and negotiate here at Callagy Law is to be totally fair, just, and reasonable. We call it the anti-Persian bazaar theory. Instead of bartering, we go in and say honestly and authentically what things are.

People often respond, “What? That’s not how you really negotiate. That’s not being aggressive. You guys claim to be aggressive!” Yeah, we’re aggressive. We’re focused on the right place to end up, however. We want to save people legal fees.

If people want to be unreasonable and people aren’t going to be fair, we’re going to be hyper-aggressive within the bounds and the ethics in the law. Go in reasonably; try to get this done. That’s what we’re going to do here at Callagy Law.

If it’s time to throw down, and time to be completely aggressive, and people are unreasonable, and they’re lying to you, we have tremendous experience in this law firm capitalizing on liars, narcissists, and aggressive people. If that’s what you’re dealing with and that’s the way it’s going to go down, then our aggression is going to come out. We’re going to make sure we capture lies; we use it against people. We have the courts seeing that we’re being reasonable, fair, and honest; they’re being outrageous, crazy, narcissistic, and lying. Over time, all of that’s going to work itself out.

If you want to be in a place where you’re going to have people that you’re going to feel are a protector, a guardian, a champion for you, that’s us here at Callagy Law. We do family law now. Give us a chance to show you how we do it. Call us at 201-261-1700. We’re Callagy Law.

Family law is such an incredibly traumatic and difficult area for people. It’s beyond description. It’s the worst thing that people can go through other than the loss of a loved one in their life. It’s affecting your most precious thing in your life, which is your children. You’re dealing with all of a sudden being on the other side of the table from a person that was the most important person in the world to you at some point.

The emotional impact is massive, so the first thing you have to have is empathy. You have to understand that people are going to have challenges, and be afraid, and be scared. That’s a massive component.

The second thing you need is to bring about a result for people as efficiently as you can. The most important way to resolve a family law dispute, in my opinion, in any dispute legally, is to do it the most efficient way possible. If you can, do it with a peaceful solution in mind. A lot of times, people pay lawyers and spend a lot of money fighting and having these challenges for no reason other than emotion.

At Callagy Law, we focus on getting people through as cost-effectively and peacefully as we possibly can. That’s what we pride ourselves on in handling family law cases.

Not Giving Complete Thought To Your Claim

Three Things To Think About Regarding Family Law

Third is there’s this contrast between being reasonable and being aggressive. When we talk about the fact that we’re aggressive here at Callagy Law, sometimes that can be mistaken for we want to create fights and create battles. That’s not the case at all. Aggression is a lot of times the way to bring people into fairness, justice, and reasonable now. The third thing you need to think about is how do you avoid having a fight? You avoid having a fight by calling out lawyers that are being unreasonable, asking for too much, being totally ridiculous, and saying that’s ridiculous. Is your lawyer going to say that’s ridiculous, you’re lying, totally unreasonable, not doing that? Do they want to make friends with the adversary? Is that their agenda, or are they going to be aggressive to stop you spending money and call out people driving litigation costs up on the other side, call them out on the spot? Think about the empathetic connection, the caring you have, the movement, the speed, the urgency, and whether or not you have aggressive lawyers that can bring it to a conclusion, or if there’s going to be a fight and a battle and these people are not going to be reasonable, are going to put you on the right side of that fight all the way through. At Callagy Law, we have 115 awesome people. We have a terrific family law team ready to fight for you. Call us at 201-261-1700.

Are you considering going to family court? Don’t make these mistakes and ruin your claim. Contact our experienced New Jersey family law attorneys at Callagy Law today to schedule a free legal consultation and case evaluation to get started on your claim immediately.