Do you have questions about child custody in your state? Check out these 3 child custody facts and call our office for a free consultation. 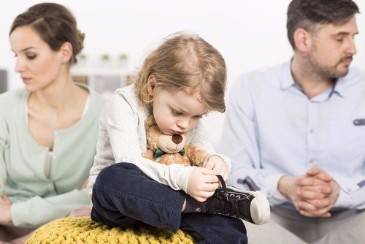 1) Are there any situations where the grandparents could have custody rights?

Oftentimes we’ll have cases which involve grandparents. The short answer to any of those questions is grandparents don’t have independent rights to visit their grandchildren and certainly not independent custody rights to their grandchildren. The only time or the only situation where you might have a grandparent assume custody or be granted guardianship over a grandchild is if both parents in some way aren’t able to care for their children, where there’s drug or alcohol issues or there’s incarceration issues, and they’re really looking to the next of kin to care for those children. Grandparents sometimes come into that.

If you are having these issues with somebody’s grandparents or grandparents that are coming in, or you have questions about this, please call us at Callagy Law, and the family department would be happy to talk to you and walk you through it.

2) Can I relocate to a different state if i have sole custody of my children?

A lot of times when we have clients come in with custody issues, particularly if they have sole custody of their children, they may want to move out of state. First of all, there needs to be a discussion about sole versus joint custody. Sole custody is a legal concept. Sole custody is really the decision-making authority with regard to the health, education, and welfare of a child, major decisions regarding a child. A person that has sole custody usually has the discretion to make those decisions, even over the objection of the other party. That’s different from joint custody. Joint custody is when both parties share in that decision-making in regard to the health, education, and welfare of their children. A person that has sole custody may come to us and say, “I have sole custody. I have sole decision-making authority over the health, education, and welfare and major decisions regarding our children, and I want to move to a different state. Can I just do that without the consent of the other party or without a court order?” The simple answer is no.

Moving across state lines without a court order to do so or without the consent of the other parent, even if you have sole legal custody of your children, is not going to be permissible. You’re going to have to go to court, you’re going to have to prove to a court that it is in your children’s best interest that you relocate to another state, and you’re going to probably, in all likelihood, have to do that over the objection of the other parent. If the other parent consents, then you can go. You enter into a consent order, you relocate, and you go. If the court orders it, allows it, or permits it after you have a hearing, then you’re allowed to go.

A lot of times, there’s going to be an expert appointed. You’re going to have a psychologist or a licensed clinical social worker come in and interview everybody, and compare the two locations and say, yes, it really is in the best interest of the kids to move. More importantly to this is what’s going to happen to the relationship with the parent that’s staying in the state of New Jersey? How often are the kids going to see them? Are you going to be able to come up with a parenting time plan where the parent staying in New Jersey still has an immense amount of access, contact, and communication with the children? That relationship with the other parent that is staying in the state of New Jersey is critically important, and the courts are going to consider that. If the move or the relocation is going to damage that relationship irreparably, and the relationship between the children and that parent is not going to be the same and it’s going to be damaged, then there’s a strong likelihood you may not be able to relocate.

It’s a very fact-specific issue. Just because you have sole custody of your children doesn’t necessarily mean you’ll be able to relocate. If you have any other questions regarding custody or relocation, please call us at Callagy Law. Contact our family department. We have these cases a lot. We’ve been through this and we can help answer your questions.

3) Do the courts favor the mother in a child custody case?

In New Jersey, there is no preference whatsoever between mother and father in child custody cases. All of our statutes are gender-neutral. It is the court’s and the state’s public policy that both parents are treated exactly equal, but obviously every custody case is case-specific.

If we have a 13-year-old child and mom has done everything for this child, including raising the child, bathing the child since he or she was a baby, taking care of all of the schoolwork, all of the extracurriculars, and dad was never home, then, of course, mom, in that case, would have a greater likelihood of having residential custody. That doesn’t mean that dad was uninvolved voluntarily, however, and dad may be more in the child’s life.

In general, there is zero preference based upon gender as it comes to deciding custody and parenting time. In fact, the courts have in the last couple of decades moved from favoring mom as custodial parent to considering each parent perfectly equal in the eyes of the court.

We handle custody cases and parenting time cases everyday here in the family law department at Callagy Law. If you have any questions whatsoever about custody or parenting time, or if you think you’re getting treated unfairly because you’re the dad in the case or even a mom in the case, please contact us and we’ll help you through your custody and parenting time issues.

Are you or a loved one in the divorce process and have questions about these 3 child custody facts? Contact an experienced family law attorney at Callagy Law today for a free consultation and case evaluation.