Lane splitting is the act of driving a motorcycle between lanes of slow-moving or stopped traffic. Motorcyclists do this for a variety of reasons, from bypassing congestion to avoiding a rear-end collision with a much larger, much heavier vehicle. But what to do NJ motorcycle laws say about this practice?

What would you do? You’re stopped in traffic, and you see a car or truck barreling down on you. It doesn’t look like it’ll stop in time. It doesn’t seem as if the driver even sees you. You move between stopped or barely crawling cars to avoid an accident. It’s a logical move – but lane splitting is illegal according to NJ motorcycle laws.

What do you do now?

Contact a motorcycle accident attorney immediately. When your rights are on the line – when you’re struggling with injuries, medical expenses, and mounting bills – you need a dedicated advocate on your side. And when you were involved in an accident in which you were forced to perform a lane split because of the actions of another driver, you need to contact Callagy Law.

California is the only state where lane splitting is legal. There are 12 other states in which the practice is questionable, such as Texas, Montana, Missouri, Arkansas, and North Carolina. That doesn’t mean it’s “legal,” per se, but it is not mentioned in statutes or explicitly outlawed.

Research shows that lane splitting can reduce rear-end collisions. For motorcyclists, these types of crashes can be deadly because riders lack the structural protection of a car or truck. Furthermore, the practice may also help reduce traffic congestion.

According to the American Motorcycle Association, the most dangerous situations for a motorcyclist is to be “caught in congested traffic, where stop-and-go vehicles, distracted and inattentive vehicle operators, and environmental conditions pose an increased risk of physical contact with another vehicle or hazard… Even minor contact under such conditions can be disastrous for motorcyclists.” 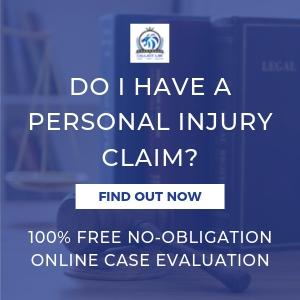 Despite this, lane splitting is illegal in New Jersey. The reasoning is that inexperienced motorcyclists may attempt the maneuver at excessive speeds and create dangerous conditions for themselves and/or other motorists. Another concern is that drivers can be “blind” to those on motorcycles. They may not see or respond to a lane splitting situation in time.

What If You’re In An Accident?

What if you are involved in an accident in which you had to lane split? You may be held liable for the accident, since it is technically illegal, and thus, you will not be able to receive damages.

This may be true if you performed the maneuver unnecessarily and caused an accident. However, if you were forced to do it to avoid an accident, then that is a whole different set of facts. You can mitigate your responsibility or seek legal remedy if another driver contributed to or caused the accident.

The law will look at other factors, such as:

If you are in an accident that involves lane splitting, be sure to call the police immediately. Report the accident, and wait for law enforcement at the scene. It is critical that you seek medical attention, even if you feel “ok.” Adrenaline can mask symptoms, and some conditions only make themselves evident hours or even days after the incident. In any case, it is important that you are evaluated as soon as possible. It protects both your physical well being and your legal rights, in the event you need to file a claim or lawsuit.

Speak to a Lawyer Who Understands NJ Motorcycle Laws

It is best to comply with NJ motorcycle laws and avoid lane splitting, while riding with all due caution. But because this area of the law can be complex – and because lane splitting presents special challenges – it is essential that you contact an experienced personal injury lawyer as soon as possible. The law may disallow lane splitting, but there are remedies available if you acted to preserve your own safety, avoid an accident, and/or to prevent even more damage to other motorists.

Contact Callagy Law’s New Jersey team for a free consultation. We can help you sort through the facts of your case and determine the best next steps.