What Should Go Into a Shareholder’s Agreement

Watch this video to learn about what should go into a shareholder’s agreement. Then call Callagy Law for a free legal consultation.

What should go into a shareholder’s agreement? 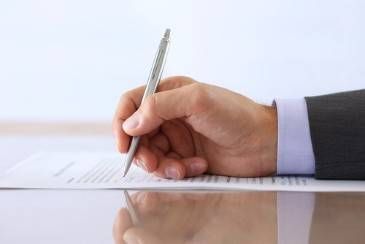 The first, most obvious, is your equity divisions. As founders of a company, you are entitled to divide up the interest in a company. Most people go into this thinking they’re going start a business together, and with two other people they’re all going to be equal – a third, a third, a third. That’s strange because in five years some of those founders of the organization may want other things— they may want to be bought out, you may want to grow the business, you may want to bring in other equity partners and other equity shareholders. When you think about equitable division, don’t just think your founder shares or your originator’s or organizer’s original interest. You may want to also talk about how people earn more shares or the way you’re going to dilute your interests if you want to bring somebody else in. If you bring in another partner, another owner of an organization, are you going to split it equally so that everybody is a quarter or are you going to have somebody be the controlling shareholder? These are the types of things that you want to discuss, in terms of your membership interest, to organize and make sure that you’re bringing in all the things that you need when you’re talking about the equitable division within an operating agreement or shareholder agreement.

Those are probably the four core issues. There are other miscellaneous items – all of the little things that nobody really appreciates until they actually become an issue of conflict. That last part should really be the discussion and the open, frank conversation with the other partners, where you say, “What is it that you see as a result of this? What do you want out of this organization?” Those should all be documented. Those core issues should be documented so that the expectations and the outcomes are set and you can always bring people back to that agreement.

Those are probably the five things that really need to be boiled down and put inside of a shareholder agreement or operating agreement. In that regard, you’re going to want a lawyer who’s going to lead you through this process and be able to identify all the possible solutions and all the creative solutions and try to get all of those things inside of an operating agreement or shareholder agreement, so that everybody knows exactly what’s going to happen and that expectations are set and outcomes are going to be met.

What causes a business to fall apart? When it actually starts making money. Nobody cares when the business makes nothing, but when millions of dollars are coming through the door, suddenly you have conflict. If you don’t have it written in a shareholder agreement how those conflicts are going to be resolved, and you don’t have expectations set, you’re going to have resentment, frustration, and you’re going to have litigation.

Those are the things that have to be boiled down. Contact a world-class lawyer that’s going to help you with this. We here at Callagy Law are here to answer any of your questions. We have an entire division that is designed specifically to help you optimize your business. You can contact us directly. We are here to answer any questions you have with regards to your business.

Are you a business owner in New Jersey and have questions about what should go into a shareholder’s agreement? Contact our experienced New Jersey business law attorneys at Callagy Law today for a free consultation and case evaluation.