Do you know what deposition means? Check out this video about understanding deposition in New Jersey, then call our attorneys to get started.

What is a deposition and what’s important to know about it? 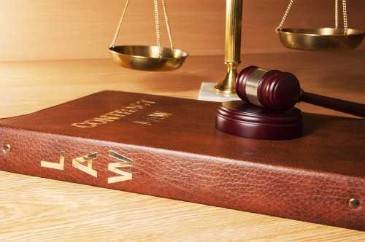 For example, these can be document requests where you’re writing to their side saying I want all of your communications between you and John Smith relating to this dispute. It could be a document request also for possibly an insurance policy. However, one of the most common and one of the most widely used is a deposition. A deposition is really just an opportunity for the other side to question you about the facts of the case. Take, for example, a regular car accident. You were stopped at a red light, someone hits you from behind, and you sue that person because you damaged your arm and it cost you $50,000 in surgery costs. Your attorney is going to want to depose the other side about really the dispute and what happened. They’re going to ask question, the car that you were driving, is it owned by you, is it owned by anyone else, how fast do you think you were going, were you listening to music, were you texting anyone, were you on the phone, and a whole bunch of other things.

Most of the time, you have two main outcomes at a deposition, and this applies both to when an adversary is deposing you and when your attorney is deposing someone else, and that is to catch the person in a lie or lock them into the story. Another way of catching someone in a lie is saying discovering the truth because the truth should be at the heart of every single litigation, who’s telling the truth and who should justice side with. For example, let’s say the person who hit you from behind says I wasn’t on the phone, I wasn’t listening to music, I wasn’t texting anyone. I was looking straight ahead, and you were the one that stopped short at the red light and it’s your fault that we got into this car accident. I should be suing you and not the other way around. Great, let’s say they’ve lied. You’ve locked them into the story. They’ve already said under oath they weren’t on the phone. They weren’t listening to music. You will then take that and then you would of course subpoena the records of their phone company, AT&T, Verizon.

Lo and behold, at that same time, there is a recorded call from Verizon and John Smith is caught on the phone blasting AC/DC talking to his best friend saying, “I can’t wait to go watch the Yankees game later and have a beer. Oh, my God. There’s someone in front of me.” Bang. Great, you’ve got them in a lie. You can now send that information to the opposing attorney, and of course, that person, if they are a reasonable, sensible attorney, is going to say, “How much do you want?” that’s one of the things that you can do in a discovery process, deposition. It’s locking someone into a story and getting to the truth of what happened. If you have any questions about depositions or anything else in the discovery process or lawsuits in general, feel free to call us. We are happy to answer your questions.

Do you have questions about the importance of understanding deposition? Contact experienced New Jersey Business Litigation Lawyers at Callagy Law today for a free consultation and case evaluation.