What is a noncomplete clause? 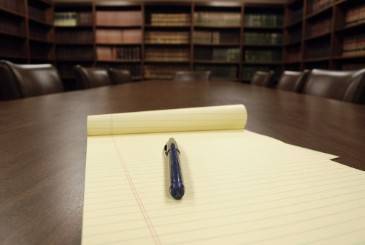 As business attorneys, we are frequently approached by clients asking questions about contracts that they have, employment contracts, whether they want to write them and have their employees agree to them or they are employees and they have employment contracts or other types of agreements, like core partnership agreements, operating agreements, that have provisions inside of them. Probably the most common question asked is, “Hey, what is a non-competition clause? I have it, I’m told I have it, or I want it in order to prevent my employees from competing with me.” A non-competition clause is something that’s referred to as a restrictive covenant. Inside of agreements, whatever form that agreement takes, there’s covenants and promises that you have, both positive and negative, and then there’s restrictive covenants, which actually restrict certain activity.

A non-competition clause is an example of one of those restrictive covenants. Non-solicitation agreements are another form of them, and there’s a multitude of them. Non-competition specifically says you can’t engage in competitive activity, and you can’t do things that harm our competitive advantage. The one thing that you want to be looking for, whether you’re writing them or you’re subject to them, is that they deal with geography, scope, and duration, meaning they have to be limited appropriately – like a business reasonableness standard – to a certain geography. If a business only takes part of opportunities in the state of, let’s say, Utah, a restrictive covenant that’s nationwide – that’s the geography that it covers – likely will not be enforceable. If you do business within a 25-mile range within Utah, you want to have your employment agreement, your covenant not to compete, limited to that 25-mile range in order to ensure its enforceability. By the way, if you’re an employee and there’s a restrictive covenant while you only do work in Utah, nationwide it’s likely unenforceable, but every state is different.

In addition, you want to be looking at the scope. What is the scope of the non-competition agreement? If you are in the business, let’s say, of providing services in home healthcare – you’re going out and you’re finding recruits, nurses, or whatever in the field of home healthcare – and your restrictive covenant prevents you from competing with the business in which you’re currently working for or are in in the home healthcare division, a restrictive covenant that says, hey, you can’t do any sales in anything, likely is not going to be enforceable because the scope is too broad, so courts likely will not enforce those types of provisions. You want to be careful to make sure that both your non-compete covenants are limited in scope to what actually matters and what’s business reasonable.

Then there’s duration. The duration has to be meaningful. It has to be appropriate. Somebody who has industry-based knowledge, has specific trade secrets, has access to client lists and things of that nature, the value of that information begins to degrade over time. As the duration begins to expand, meaning you start to limit non-competitive activity over a longer period of time, the likelihood of enforceability of that goes down substantially. Six months is probably safe; a year is probably safe. Outside of a year, the big question is, why does it have to be longer? Why is the information that this employee has still so valuable a year later that you haven’t found a way to compete and adjust in light of the fact that they exist here? It very well could be the case that the duration is appropriate, but those are the three things that you need to be looking at – geography, scope, and duration – whenever you’re dealing with a non-competition clause or a restrictive covenant inside of an agreement.

If you have any more questions about this or you want to reach us directly about another question, call us here at Callagy Law.

Do you have questions about understanding a noncomplete clause? Contact experienced New Jersey Business Litigation Lawyers at Callagy Law today for a free consultation and case evaluation.