Steps to Take When a Non-Disclosure Agreement is Breached

Watch this video to learn the steps to take when a non-disclosure agreement is breached. Then call Callagy for a free legal consultation.

What should I do if someone breaches a non-disclosure agreement? 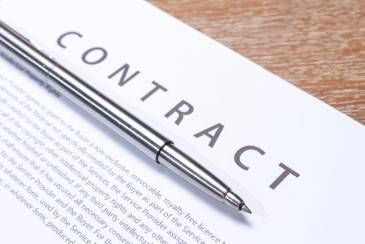 It has finally happened— you have someone who has breached your non-disclosure agreement. What do you do? The first order of business is you want to confront the situation head on. You want to have a letter drafted that documents all of the instances that you’ve captured of a person who’s violated your non-disclosure agreement. Capture them, look at the letter before you send it, and make sure that you’re going to be able to establish the breaches.

You should move quickly and relentlessly on this. The minute you send a letter out to someone telling them cease and desist, you want to make sure that you’re going to be able to document this. You need to be able to document every instance that you’re going to use to prove the violation of the NDA. If someone called you and told you, “Hey, I got these materials from this person. They have your name on it. Do you have a non-disclosure agreement?” you may want to get a written statement or a certification from that person, signed under penalty of perjury, that they received these documents. You want to document all emails. You want to have all of these materials ready to go and in your file.

Assuming you have a claim for the violation of the NDA and you can prove it, you may want to file a lawsuit seeking injunctive relief. What does that actually look like? There’s a special summary proceeding that allows you to go into court and say, “There’s a party. I have an NDA. They’re in violation of it. Court, if you don’t stop this now, I’m going to have damages that I can’t calculate. They’re sending out trade secret information. They’re sending out confidential proprietary materials that are subject to my NDA.” Courts very well may enter an order against the other person in joining them, which means stopping them, from doing whatever the conduct is because it would cause something called irreparable harm. If, for example, the court says they’re not going to do that, you always have the ability to sue for money damages.

That’s why you have to make sure that your NDA is crystal clear as to what the measure of damages would be and that you have a very well-crafted, well-designed and tailored NDA because just sending them a one or two-pager may do nothing for you if they breach it, and you really want something with some teeth that you can get money damages, get an injunction from a court if you needed to stop them and have them pull back information and, if it’s strong enough, even a cease and desist letter is going to get them to say, “Sorry, how do we fix this?”

That’s what happens when someone violates an NDA. Make sure to create a file with all the information that you need, including certifications, email communications, things of that nature, the prepare a letter. Second is to send the letter out. Make sure you’re sending it in a way that can be documented. Third, you may want to request an injunction from the court by filing one of these summary proceedings. Number four is you may want to file an action for money damages and, in that regard, you’re probably going to need an attorney to represent you.

Before all of these issues, you should at least consult with an attorney who can help guide you through this process. We here at Callagy Law are happy to answer any questions you may have, whether it’s this question or any other question related to your business. Contact us directly.

Are you a business owner in New Jersey with questions about the steps to take when a non-disclosure agreement is breached? Contact our experienced New Jersey business law attorneys at Callagy Law today for a free consultation and case evaluation.