Learn about the rules of altering contract terms in this educational video. Then, call our New Jersey business litigation lawyers today. 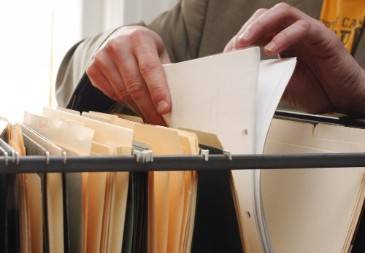 At times, clients approach us and ask, “Hey, I have a contract. How do I change the terms of it?” Unless people prepared it on a napkin, that contract is going to contain a number of boiler plate type clauses that are in every contract. In almost every contract that we’ve ever encountered, there is a provision that says “modification,” and that modification clause almost always says “no modification without written agreement by both parties to the contract.” There’s your answer. You cannot modify the terms of a contract without agreement by both parties.

Now, does that mean, “Hey, actually there’s one interpretation of the contract that says I’ve been in breach, and there’s another interpretation, my interpretation, that says I wasn’t in breach. Did we modify the terms of the contract?” Maybe. What you’re actually dealing with is something called ambiguity. If it says you’re going to do A, B, C, by date certain, and you don’t do that, you can’t just modify them and say, “Well, we’re going to do something different.” You need to have agreement on both sides. The answer to that question is you have to confront.

This means you have to work through it truthfully until you get to a resolution. That means you’ve got to talk to the other side and say, “Hey, I’m not going to be able to meet these obligations or expectations. Can we amend the terms of the contract?” If you’re doing everything right in terms of your relationships – you’ve created a raving fan of the person on the other side, and they see so much value in your relationship – they’re going to say, “Sure,” unless it’s life or death. Don’t try to avoid those obligations and then say, “Well, I breached the contract, and they have to sue me to make it enforceable. I’m just going to keep doing what I’m doing.” That lack of integrity is a breakdown in the process. This doesn’t mean you’re a liar or not integrous, but integrity is not just telling the truth when it matters; it’s also aligning your words with your actions.

If you say, in a contract, “I’m going to do X,” and you don’t do X, you’re out of integrity in terms of the contract process. The way you get back into integrity is by aligning your words with actions, telling the truth when it matters, and approaching the person to say, “I’m not going to be able to deliver this. We need to modify the terms of this. I want to do this, and I hope you see the value in our continued relationship.” Sometimes they will, sometimes they won’t. Avoiding it is not going to help you, though.

Most contracts include that modification clause, which is going to prevent you from modifying the terms of that written agreement. Make sure that you communicate, confront, you’re appropriately aggressive, you care about them – because nobody cares about what you know unless they know that you care about them – and you need to make sure that you’re communicating directly to get to the result that you ultimately want to get to, and then get it in writing. Don’t just take people’s handshakes on it because one day they’re going to re-approach you and say, “Here’s the contract, here’s what you’re supposed to do,” and be like, “On Tuesday of January 32nd, you said you agree with this,” and they go, “There is no 32nd day in the month,” or they make something up and they say, “We never had that conversation.” Get it in writing, or even an email saying, “Hey, great conversation. Thanks,” to confirm, “this is what we’re going to do. I appreciate it. All good,” and then try to get them to say, “I agree.”

There may be signature requirements, but that’s good enough to get you to where you need to be, where a person can’t say that you breached contract and you didn’t get written agreement from them. If you have any questions about any of this, contact us here at Callagy Law.

Do you have questions about the rules of altering contract terms? Contact experienced New Jersey Business Litigation Lawyers at Callagy Law today for a free consultation and case evaluation.