Do you have questions about resolving a contract dispute in New Jersey? Check out this video, then call our attorneys for a free consultation.

How can I resolve a contract dispute? 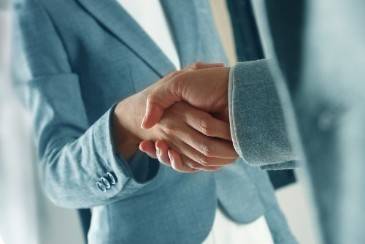 As commercial litigators, our attorneys are often approached by people who believe they are going to be in breach of or intend to breach their contracts. They ask, “How do we fix this?” Really what they’re saying, boiled down to the root of it is, “How do I breach this contract and not get in trouble?” The reality is most times contracts are pretty clear; sometimes they’re ambiguous, sometimes there’s different interpretations that can apply, but for the most part if you had a skilled attorney on either side of the transaction put this agreement together, they’re strong enough and enforceable enough that if you breach, there can potentially be issues down the line.

How do you avoid the next part? Not the breach, because a breach can happen all the time whether unintentionally or intentionally. How do you avoid enforcement against you? The reality is you have to be upfront. You have to be authentic that this agreement is no longer working out for you, and there may be repercussions to that. There may be a cancellation of the contract, there may be termination of the contract, or someone could say, “I don’t really care that it’s not working out for you. You agreed to do this, and you’re going to do it, and I’m going to hold you to account to it.”

The only way that you get through these things is sometimes there are loopholes, or technicalities inside the contract. Sometimes they’re just unenforceable, such as in the instance of a non-competition agreement that is not appropriate in terms of scope, geography, or duration. Other times when you have enforceable contracts, you have to be direct, you have to confront, and you have to talk to the other side of the transaction. At times, it’s more optimal for you to do it yourself because there’s interpersonal dynamics. You know these people better than anybody else, but if you don’t have the ability to appropriately confront – and by confrontation we’re not talking about fight, argue, win. We’re talking about working through until you get to truth. Once you get there with a person, whatever your contract dispute is can almost always be resolved if both sides meaningfully want it to happen.

What’s key here is confrontation. If you can’t confront yourself, then you want to have a skilled attorney that is both caring and urgent and also appropriately aggressive, meaning they’re going to confront, going to try to get to truth, and they’re not going to needlessly escalate this. They’re not going to needlessly create dispute because ultimately, they want to get to dispute resolution to produce a unique and efficient result for you that gets you to where you want to be without you having to breach your contract without the other side agreeing to it. That’s the best way to get through any kind of contract dispute that you have – authentic, integrous, honest confrontation – to work through it without avoidance until you get to the result that you want, ultimately.

If you have any questions about this or anything else, give us a call here with Callagy Law.

Do you have questions about resolving a contract dispute? Contact experienced New Jersey Business Litigation Lawyers at Callagy Law today for a free consultation and case evaluation.