Are you a provider needing help keeping a workers’ comp claim in New Jersey? Check out this video to see how we can help.

Can a medical provider keep a workers comp dispute in New Jersey if the accident happened in another state? 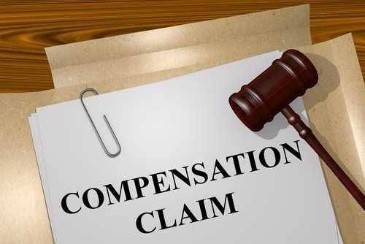 Many of our clients, surgeons, surgery centers that operate in New Jersey have asked what the current status of pursuing a workers’ comp medical provider claim is in New Jersey when New York is the place of employment or, perhaps, the place where the injury occurred. There can be a lot of complexities, as you can imagine, with people living in New Jersey and working in New York City. It happens; millions of people do it. In the southwestern New Jersey area, many people live in southwestern New Jersey and they work in Philadelphia, so it also works the opposite way, as well. In the workers’ comp space, you have a lot of complexities where treatment can be had, where the employer lives, where the employer has their principle place of business, where the employee resides, all of those complexities where you have multiple states involved in a dispute. As far as we’re concerned, if the treatment is in New Jersey, by a New Jersey medical provider, and there is one other New Jersey contact – whether it’s the residency of the patient or the injury or the employer location – whatever it might be, we intend to fight to keep the dispute in New Jersey in the Division of Workers’ Comp as long as there is New Jersey treatment and at least one other contact with New Jersey and we think we can prevail on that basis. Why is that important? The reason that is so critical is because New Jersey reimburses medical providers at a level that’s known as a usual and customary rates, which is that reasonableness standard that we talked about, as opposed to some fee schedule that is incredibly low as far as the medical community goes. New York has a fee schedule with very low reimbursement rates. New Jersey has no fee schedule and it reimburses at UCR levels. There’s a lot at stake. The carriers obviously want to keep it reimbursable at New York rates; we, obviously, in the medical community want it to be reimbursed at New Jersey UCR rates, and we think we have justice on our side because we’re New Jersey medical providers. Why should we reimbursed on some out-of-state basis? We think it’s unfair not to treat medical providers in accordance with New Jersey laws and that’s why we’re fighting this fight. We’re Callagy Law, and we’re in Paramus.

Have you been seriously injured on a job site and have questions about keeping a workers’ comp claim in New Jersey? Contact experienced New Jersey Workers’ Compensation Attorneys at Callagy Law today for a free consultation and case evaluation.